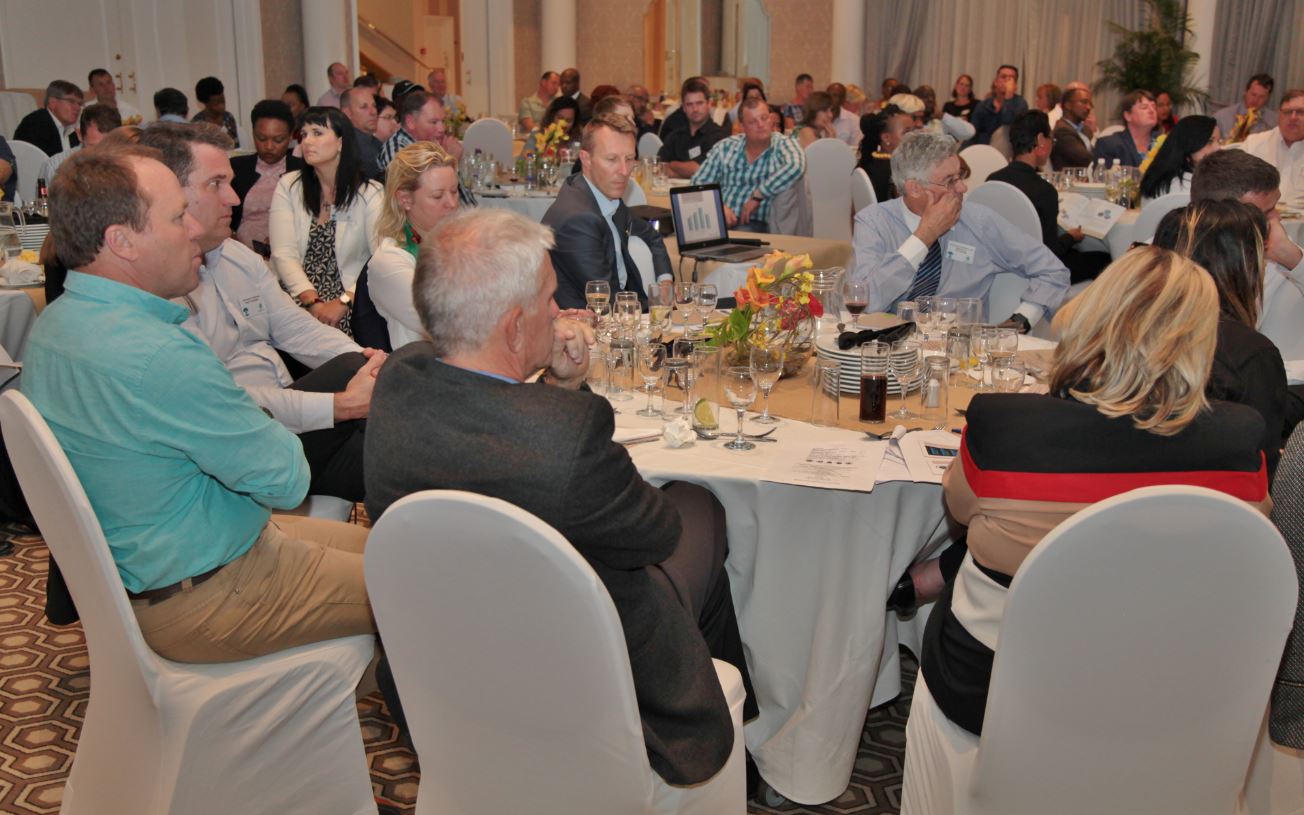 Meeting and Awards Ceremony for achievers.

The annual launch of the report is the Association’s opportunity to engage with stakeholders on safety, health and environmental metrics of signatories’ activities for the preceding calendar year, and to promote the principles of the voluntary Responsible Care® Initiative of the global chemical industry. The report, themed around the 17 Sustainable Development Goals that were agreed to at the United Nations in 2015, also provides information on the activities of the Association for the preceding twelve months.

The report talks to the vision of Responsible Care® that is centred around sustainability through its slogan “Our Commitment to Sustainability”; envisaging a profitable, sustainable chemical sector in South Africa that contributes to the quality of human life and the economy through innovation and production – without harm to people, property or the environment.

During the presentation of the annual report, Deidré Penfold, Executive Director of CAIA, touched on the achievements and challenges of the chemical sector represented by CAIA along its value chain.

“A key element of this annual report is the release of the Quantitative Indicators of Performance data that CAIA aggregates to show performance trends in a number of areas that not only include safety, health and environmental indicators, but also in aspects of chemicals management, community awareness and emergency response.

“The report highlights areas where the Responsible Care® Initiative has been particularly active over the last year, as well as performance improvements and areas that may require further introspection,” she said.

CAIA also hosted a Process Safety Expert Dialogue during September 2017 in Johannesburg and Durban that brought local and international process safety experts, industries and stakeholders together to discuss, learn and understand new technologies, ideas and trends in maintaining process safety within the chemical and allied industries.

Rod Humphris, newly appointed Chairman of the CAIA Board, said seven fatalities were experienced amongst Responsible Care® signatories during 2016. None were attributable to material-related operations (where material is deﬁned as raw material, products, samples and waste). The fatalities that took place during road transportation were mostly attributable to employee or third-party behaviour.

The year-on-year increase in recordable injuries observed for both contractor and in-house operations must be highlighted as requiring attention by signatories, so that the improvements that have been observed in the Recordable Injury Incident Rate over the last few years are not lost, said Humphris.

South Africa appears to be improving on its Recordable Injury Incident Rate when compared to the aggregate international comparator however, as the gap between domestic and international performance is narrowing. Encouragingly, the Occupational Disease Rate is on the decline, as is the Road Transportation Incident Rate that fell, overall, by 35%.  A 94.9% implementation rate of behaviour-based safety programmes by hauliers is likely to have contributed to the strong improvements that have been seen.

“The relevance of the principles of product stewardship across the value chain needs to be better understood. Education and awareness-raising of the requirements from a Responsible Care® as well as from a legislative perspective, is key to achieving this. An encouraging improvement has been noted where an increased number of signatories with emergency response plans in place have been testing them with community involvement on a regular basis,” said Humphris.

Responsible Care® aims to ensure that South Africa’s chemical sector is recognised by all stakeholders as a responsible industry that plays an important role in providing a wide range of benefits to society while remaining open, honest, accountable and credible in all its dealings.

The 2017 Responsible Care® Performance Report can be downloaded from www.caia.co.za/.

The South African chemical and allied industries value chain is represented by the Chemical and Allied Industries’ Association (CAIA) which has 133 members including chemical manufacturers, traders, distributors and warehousers, hauliers, waste managers, spill responders, drum reconditioners and other service providers.

As an association that forms part of a worldwide network of chemical industry associations, CAIA’s implementation of the custodianship of the Responsible Care® Initiative in South Africa seeks to promote the continuous improvement of performance in safety, health and environmental arenas, as well as to boost productivity and competitiveness, thereby enhancing sustainability.

CAIA’s primary goals are to promote Responsible Care®, to earn public trust for the chemical industry, to advocate the interests of members wherever possible, to support innovation and education initiatives in science, engineering and technology, thereby creating maximum value for member companies.