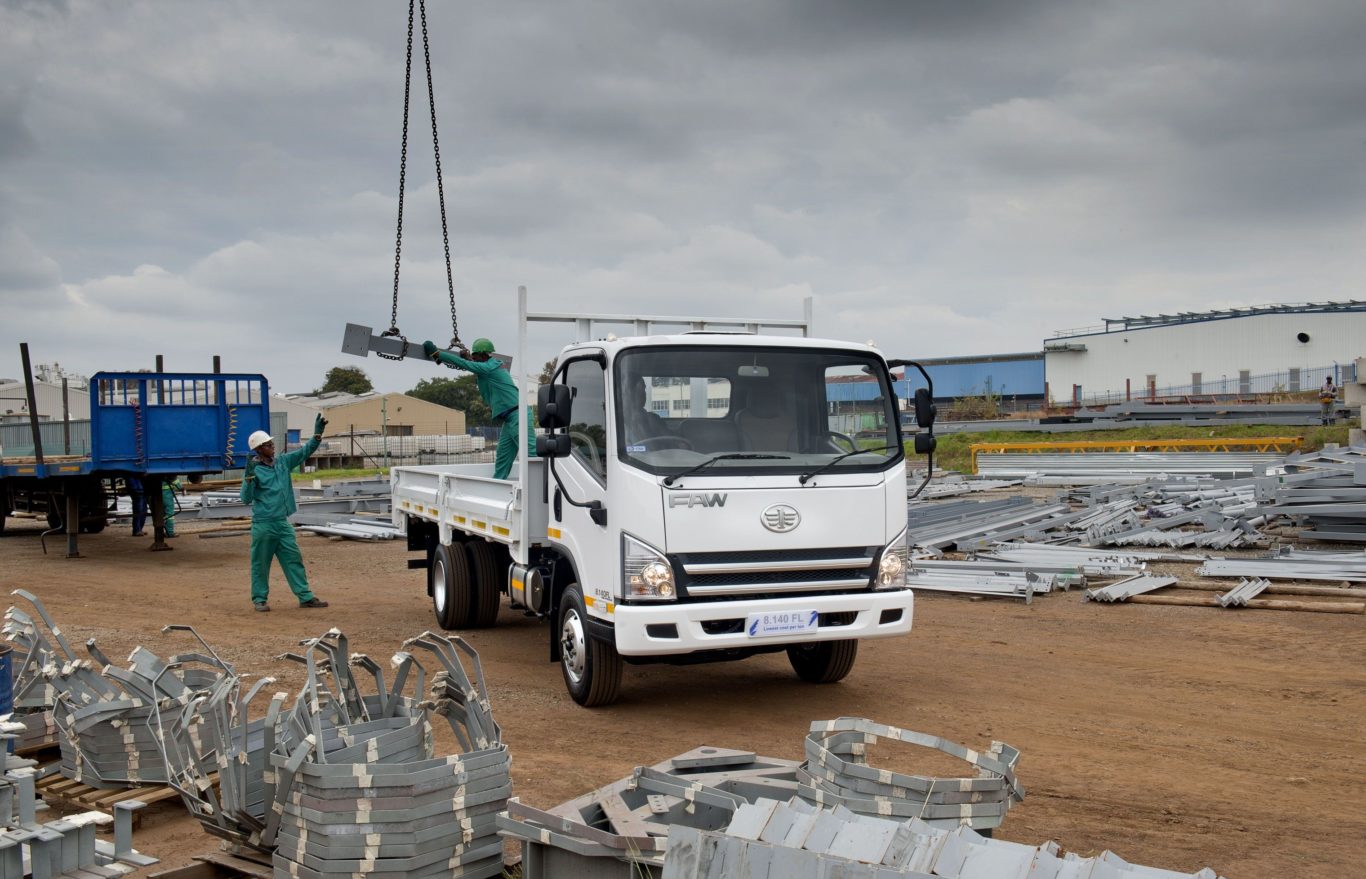 Build It Pinetown, one of 350 retail stores in the SPAR Group Ltd South Africa stable, mixes paint, cuts glass and boards, reads business plans and, most importantly, provides home deliveries for its customers.

These deliveries are currently being performed by two FAW trucks, each bought from the FAW Pinetown branch. Paul Nothnagel, sales executive at the full sales, service and parts dealership – one of two such facilities in KwaZulu-Natal – has been the driving force behind the deals.

Nothnagel proactively marketed the FAW brand by personally visiting Build It Pinetown, and leaving marketing brochures for the store’s management to mull over. This strategy worked, and he continues to pay the store visits, sometimes after-hours, to ensure complete customer satisfaction.

The first FAW the Build It Pinetown branch bought was a five-tonne 8.140FL, which was secured in October last year. This acquisition was quickly followed by another identical purchase, this time financed in-house by FAW Pinetown, a month later.

The popular FAW 8.140FL is a 4×2 heavy-duty truck with a body and payload allowance of 6 019kg and permissible gross combination mass (GCM) of 14-tonnes. It is powered by a 3.8-litre Cummins ISF engine.

Quintus van Rooyen, general manager at Build It Pinetown, explains that the busy home improvement store wanted to buy its own trucks as it had been outsourcing deliveries to sub-contractors – with mixed results. Ironically, a driver from one of these companies had also recommended FAW to Van Rooyen.

He adds that Build It Pinetown delivers a range of building materials up to 500km away. “The FAW’s have impressed us and we are now preparing to buy a third FAW, most likely the larger 15.180FL, due to its 24-tonne GCM rating,” he explains.

With Build It Pinetown being so busy with home deliveries, some as far away as Nkandla, the two FAW trucks are already approaching their second visit to the fully-equipped FAW Pinetown workshop. “There hasn’t been anything that Paul and FAW Pinetown have not been able to sort out for us,” van Rooyen continues.

“The low fuel consumption recorded by the FAW trucks and the superb after-sales service offered by FAW Pinetown and from Paul in particular, is the main reasons why we keep going back to them,” he concludes.

The Pinetown FAW branch is strategically based alongside the N3 to Johannesburg and is in the same vicinity as other leading truck OEM’s. It was established eight years ago, with dealer principal, Mike Williams, at the helm of the impressive facility since 2013.

Individually owned and managed, the Build It group have been supplying retail home improvement building materials across Southern Africa for more than 32 years.