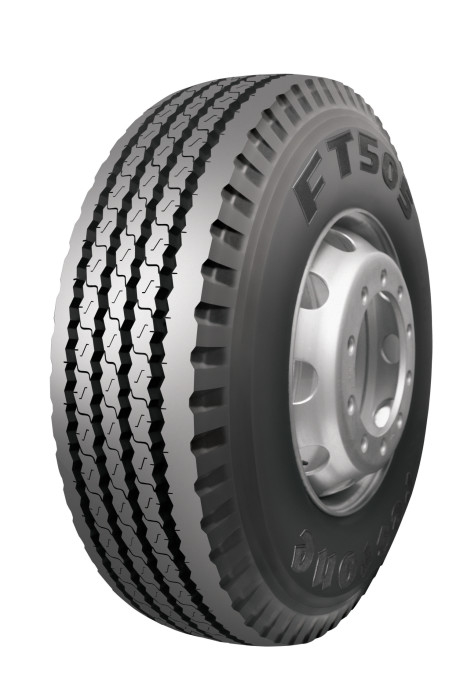 The Firestone FT505 Trailer-only General Use Tyre has been optimised for free-rolling axles on trailers, providing a low cost-per kilometer with reliable performance. “Our key areas of focus with the FT505 have been extending tyre life, reducing irregular wear and providing a self-cleaning action to ensure good road contact,” said Bridgestone Commercial Marketing General Manager, Tony Burns. “Trailer tyres must continue to provide good lateral stability and economical service across a very broad set of operating weights and speeds, and the FT505 has been engineered to meet those goals,” he added.

The newcomer is available in 315/80R225 and is aimed at the regional and long-haul market dominated by semi-trailer and interlink combinations. With a maximum per-tyre load of 3750 kg at an 850kpa inflation pressure in the single role, and 3350 kg at 825kpa in the dual role, the FT505 has been designed to provide safe, economical performance, even on combinations approaching the maximum South African Gross Vehicle Mass of 56 000kg.

In initial comparative tests performed by Bridgestone against popular imported competitor tyres, the FT505 achieved a 10% longer tyre life. Preliminary data from the tests indicate that the tyre will have covered 270 000 km by the time the tread wears to 4mm. As with all other Bridgestone commercial tyres, the FT505 can be retreaded to extend its usable life.

The FT505 is produced at Bridgestone’s Brits tyre plant, and the company is the only tyre maker to manufacture truck and bus radials locally. This means shorter supply lines and faster turnaround times for FT505 customers who need replacement tyres, versus sourcing tyres from other countries.

“The FT505 is the ideal trailer companion to Bridgestone & Firestone’s Steer & Drive tyres which provide superior performance as well as economical benefit to the fleets,” Burns explained. “With dependable traction, superior robustness, wide load tolerance and long life, the FT505 sets a new benchmark for trailer tyres,” he concluded.