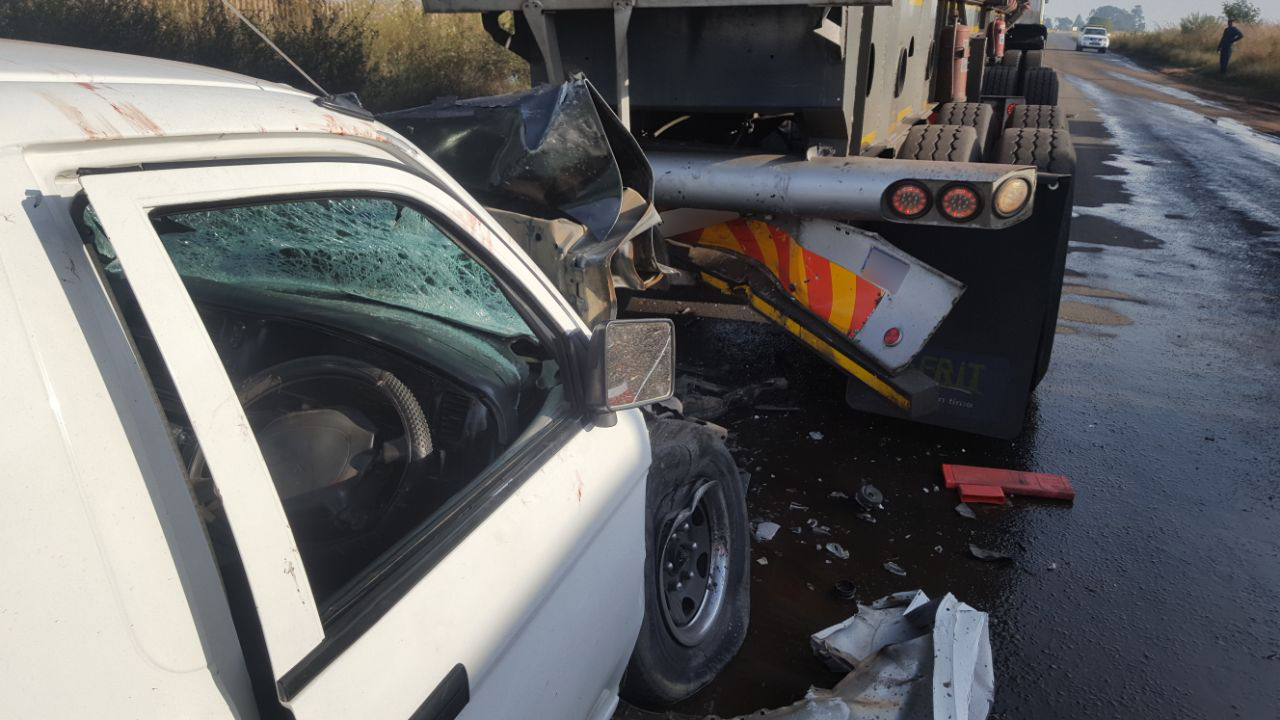 One man was killed and another critically injured when a bakkie rear-ended a truck on the Verena Road in Witbank, Mpumalanga.

ER24 paramedics, along with other services, arrived on the scene to find the bakkie and truck parked on the side of the road.

Upon closer inspection, paramedics found two men, both in their 20s, lying in the bakkie. Paramedics assessed the men and found that the passenger had sustained numerous injuries and showed no signs of life. Unfortunately, nothing could be done for him and he was declared dead.

On assessment of the driver, paramedics found that he had sustained numerous injuries and was in a critical condition.

Paramedics extricated the man from the vehicle and immediately treated him for his injuries. Shortly after, the man was transported to a nearby hospital for further treatment.