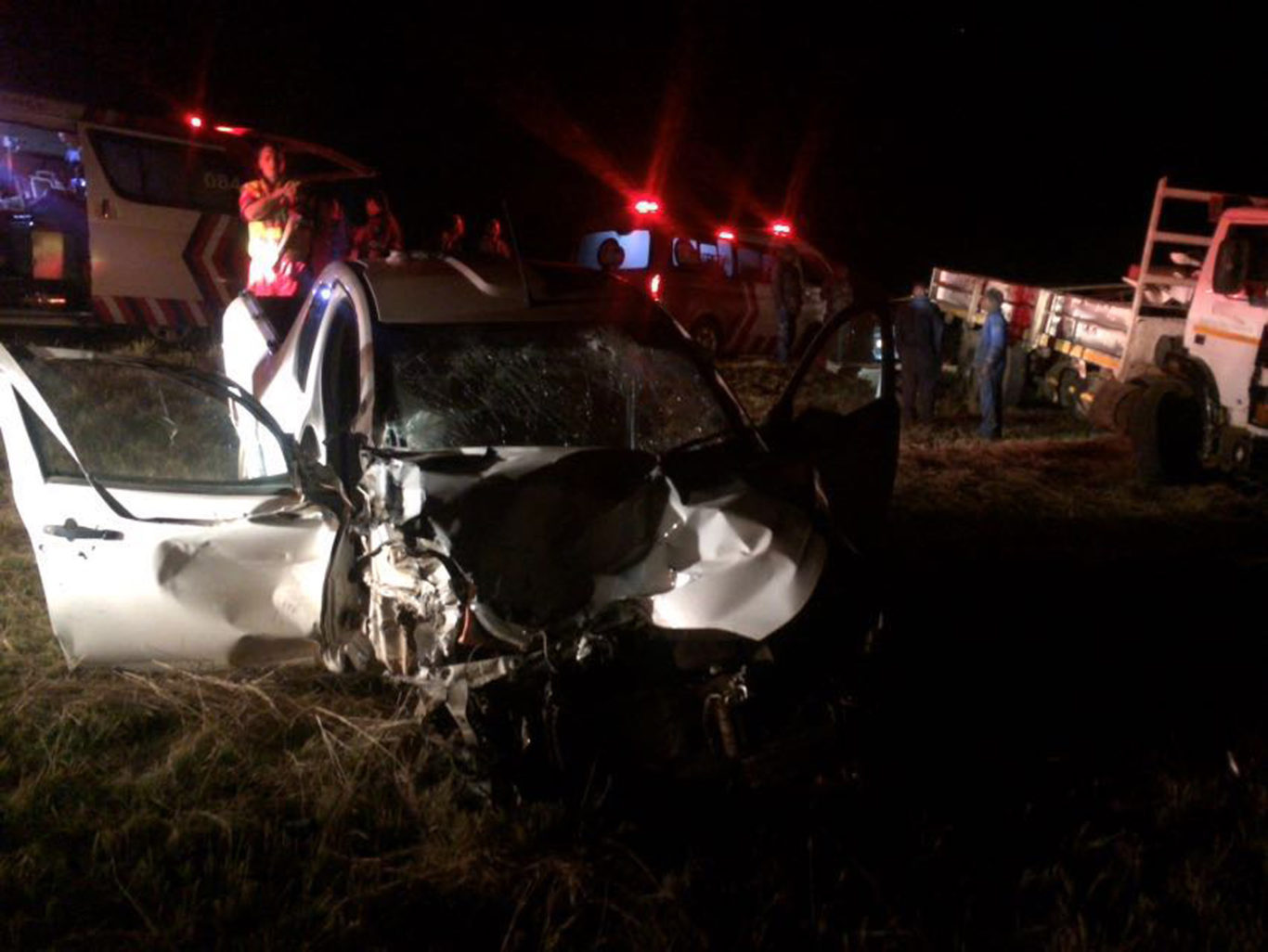 A man driving a bakkie sustained serious injuries after he collided with a cow on Maropeng Road, Krugersdorp, this evening.

It is understood that the bakkie then swerved and collided with a truck.

Upon arrival at the scene, ER24 paramedics found both vehicles in the veld. The cow was lying on the side of the road.

The man believed to be in his 60’s was assessed, treated and transported to hospital for further medical care.