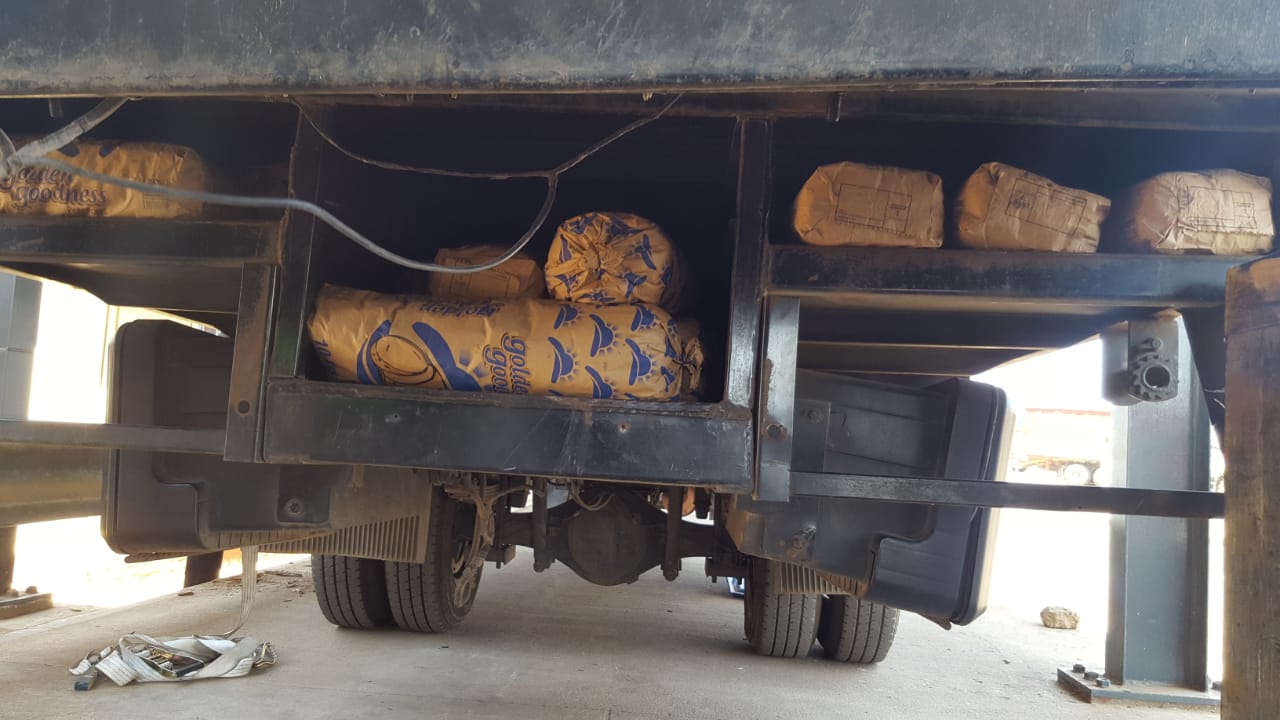 The South African Police Service in Limpopo made a major breakthrough when abalone worth millions were recovered during a regular stop and search operation at the Groblersburg Port of Entry.

The recovery, which is considered a step closer in breaking the back of the abalone trade, occurred when a truck travelling to Zimbabwe via Botswana was last night 2018-10-03, stopped by the police at the search point of the border post.

During the search, the driver and his crew fled.

The Police continued searching the truck and found a hidden compartment under the loading bin stashed in potato bags. Inside these bags, 1350 killograms of Abalone with the estimated value of
R6 million were found.

The origin and destination of these protected species are still being determined through the ongoing Police investigations.

The Provincial Commissioner of the South African Police Service in Limpopo, Lieutenant General Nneke Jim Ledwaba has commended all members at the border post, who were involved in this milestone achievement for the sterling work done.

The Police investigations and manhunt are still continuing.