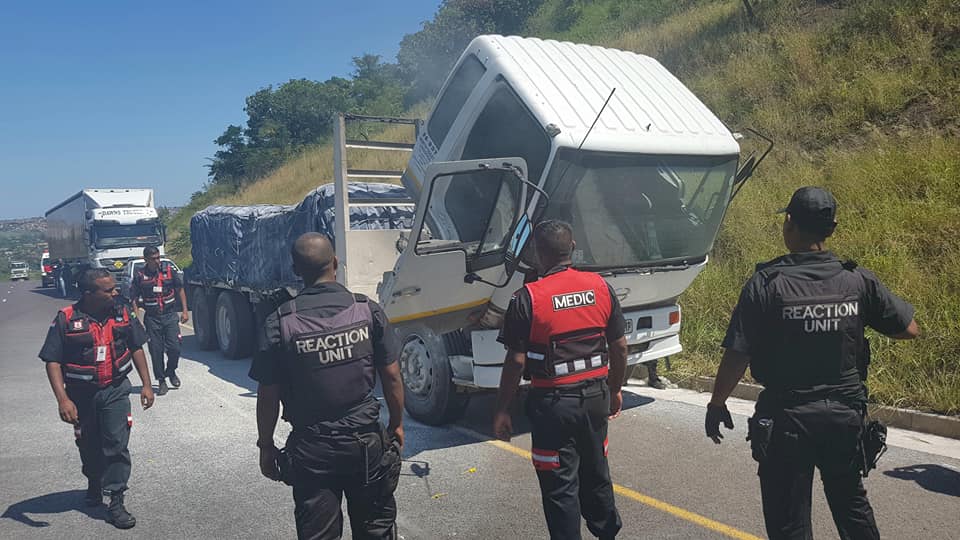 Members of Reaction Unit South Africa were called to the northbound lane of the R102 between the Ottawa and Verulam intersection after receiving reports of a truck on fire.

Upon arrival, the Metro Police were in attendance. The fire was extinguished by the public and other truckers who stopped to assist when they noticed smoke billowing out of the engine compartment.

The two occupants of the truck were not injured.