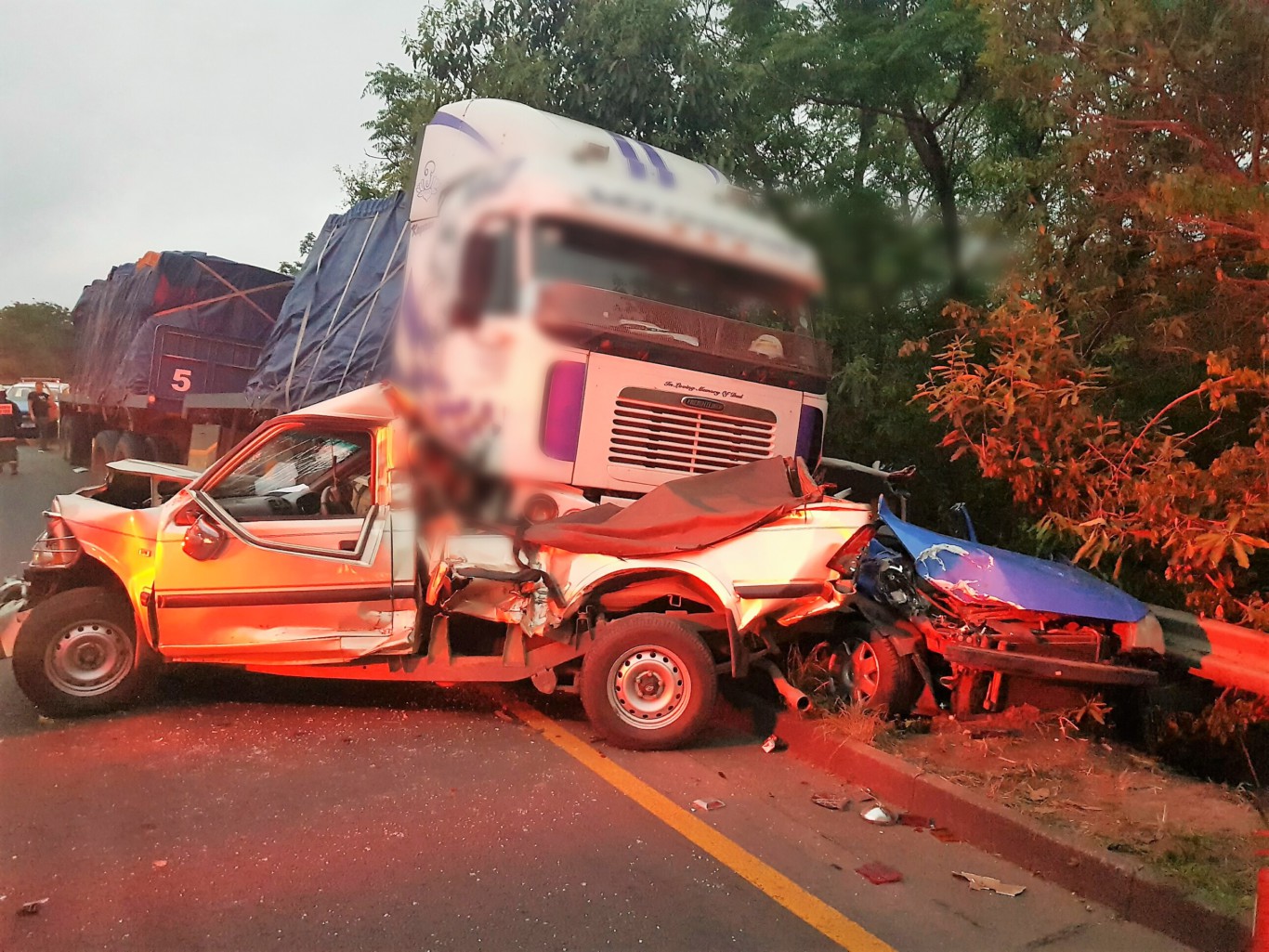 Eight people have been injured after a truck collided into three vehicles and another truck on the M7 Durban Bound before Bellville Road on Friday evening around 5pm.

Rescue Care Paramedics arrived on the scene to find that a truck had somehow lost control and ploughed into three vehicles and another truck. One man was entrapped in his wreckage and rescues used the Jaws of Life to free him. A total of eight people had sustained various injuries and were stabilised on the scene before being transported to various Durban Hospitals for the further care that they required.

Traffic was severely affected whilst emergency personal worked to clear the scene.