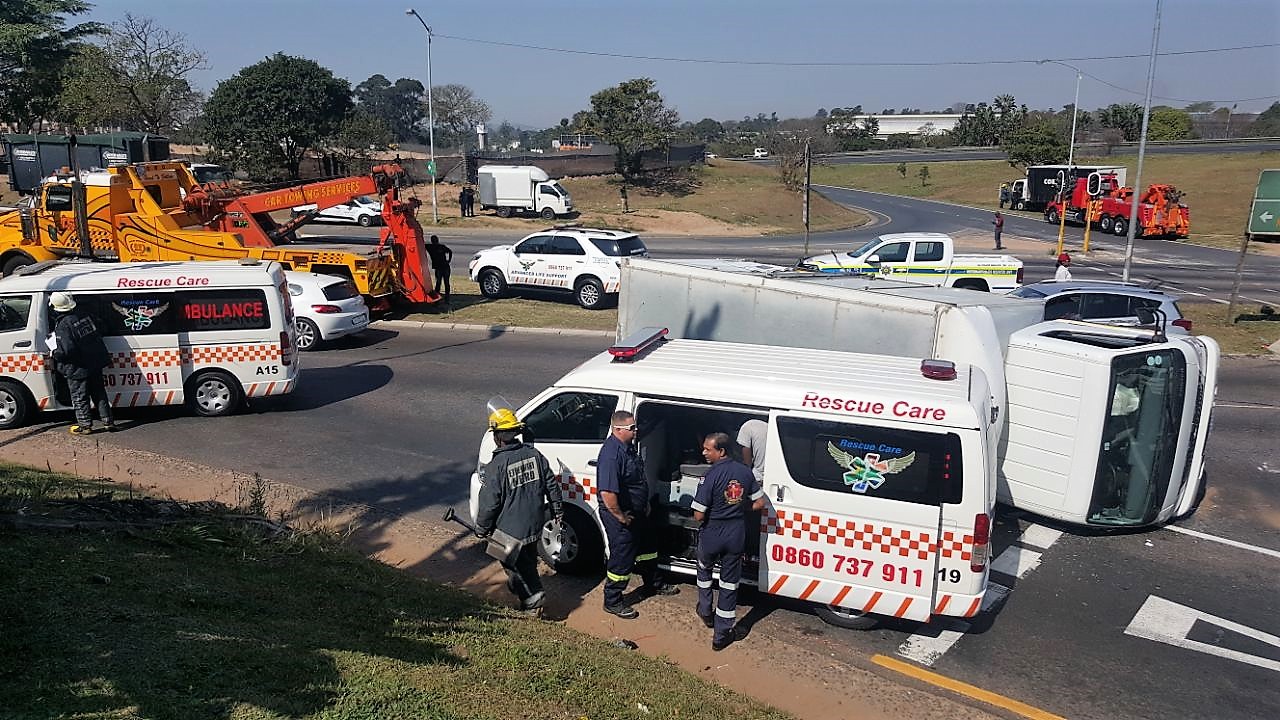 Five people have been injured after three trucks collided on the M13 Richmond Road offramp just before 10am today.

Rescue Care Paramedics were called to the scene where they prepared themselves for a similar incident when multiple people were killed a while ago. On arrival they found that three trucks had collided in the junction before one overturned coming to rest on its side. A total of five patients from the three trucks had sustained various injuries and were stabilised on the scene before being transported by Rescue Care to nearby hospitals for the further care that they required.

Traffic was severely affected whilst emergency personal worked to clear the scene.

At this stage the events leading up to the collision is unknown however SAPS were on scene and will be investigating further.