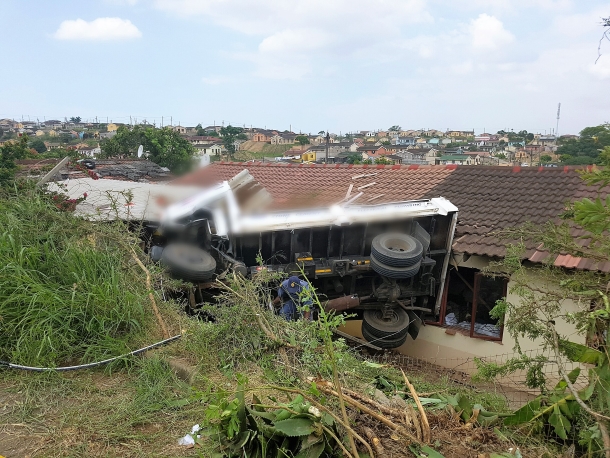 Four people have been injured after a Truck lost control and crashed into a house off Westmeath Avenue in Cato Manor Durban today.

Around 09:25 am Rescue Care Paramedics arrived on the scene to find that a single truck had left the roadway and crashed into a house. On closer examination, the driver was found to be entrapped. The driver was stabilised on the scene by EMRS Advanced Life Support Paramedics before being cut free from the truck by Durban Fire Department. Once freed he was rushed with serious injuries to a nearby level one trauma unit. His two passengers were also stabilised on scene before being transported to the hospital. An occupant of the house was also stuck by the wall which the truck knocked and had sustained moderate injuries. Once stabilised the lady was transported to the hospital.

At this stage, the exact cause of the collision is unknown however SAPS were on scene and will be investigating further.