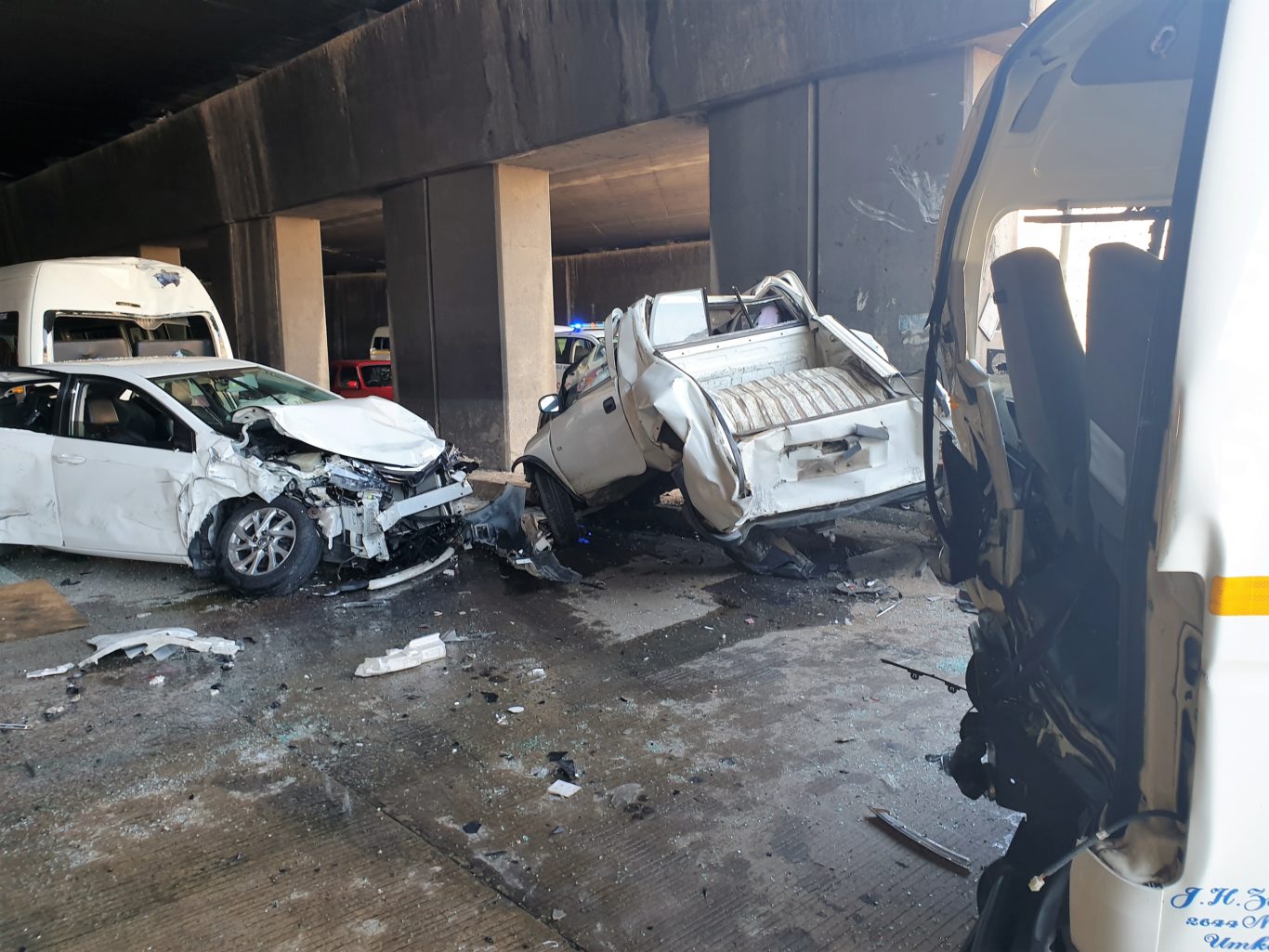 Approximately twenty people have been injured after twenty vehicles collided on the M7 Edwin Swales before South Coast Road in Durban on Tuesday morning just after 8am.

Rescue Care Paramedics arrived on the scene to find total chaos. Badly damaged vehicles lay strewn across the road and the entire roadway was blocked. Multiple ambulances responded to the scene and treated approximately twenty people on the scene before transporting the injured to various Durban Hospitals for the further care that they required. The collision was involving 2 Trucks, 4 Taxis and 14 Light motor vehicles.

At this stage the events leading up to the crash is unknown however SAPS were on the scene and will be investigating further.