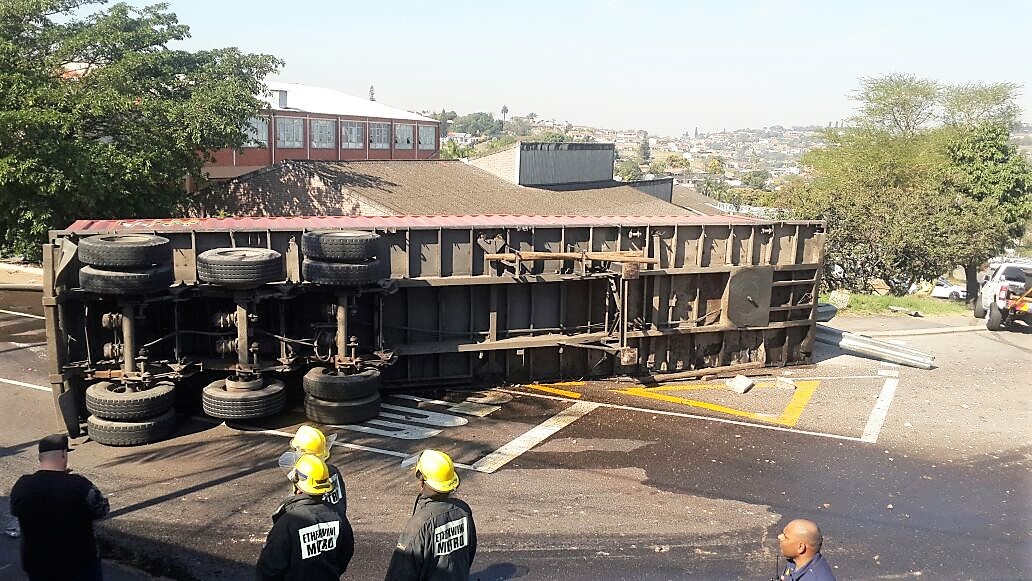 Two people have been injured in two separate truck crashes in Durban today.

Just after 11:30am Rescue Care Paramedics arrived on the scene in Piet Retief Road in Queensmead industrial park for a truck that overturned. The driver had sustained minor injuries and was stabilised and transported by Rescue Care to a nearby hospital for further care.

Then just before 12pm Rescue Care Responded to South Coast Road before Bayhead Road where another truck had overturned. Paramedics stabilised the driver before transporting him to a nearby hospital for further care that he required.

SAPS attended both scenes and will be investigating further.