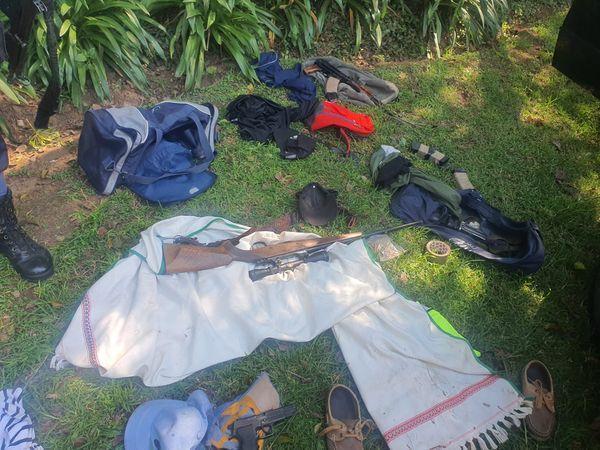 The Gauteng Highway Patrol Unit that was relaunched recently, continues to make inroads in the effort by the SAPS in the Province to reduce the volumes of aggravated robberies, particularly trio crimes that include house and business robberies, car and truck hijackings.

Members of the HP unit together with the Johannesburg North Crime Intelligence, the SAPS Airwing, and the JMPD, on Wednesday morning, 03 March 2021 operationalised information of a planned armed robbery where a truck carrying a consignment of cellphones with an estimated value of about R60 million, would be hijacked.

Information led the multi-disciplinary team to a house in Old Pretoria Road in Kelvin. It is reported that members of the HP were approaching when suspects started firing shots at them, to which the team retaliated and returned fire.

Fourteen suspects, including two women were arrested; while an unconfirmed number of suspects escaped by jumping the walls. Other members who were strategically positioned outside the house gave chase and five more suspects were cornered and arrested at five different scenes in close proximity to the initial crime scene.

A security guard as well as one suspect were fatally shot. No police officers were injured.

It was discovered during the on-site investigation that one suspect had snatched a seven-month old baby to possibly use the child as a shield during the shootout. The child has since been found.

An investigation by the Directorate for Priority Crime Investigation (Hawks) is underway as police have reason to believe that these suspects could be behind a spate of business robberies, courier van robberies and cargo truck hijackings.

The firearms will be subjected to ballistic testing for possible linkage to other serious and violent crimes.

“It is heartwarming to observe how since the relaunching and receiving of a fleet of high powered vehicles from Gauteng Provincial Government, the HP Unit has hit the ground running, delivering significant successes on a daily basis, including the recovery of illegal firearms and patrolling of the freeways across the Province,” said Lieutenant General Mawela. 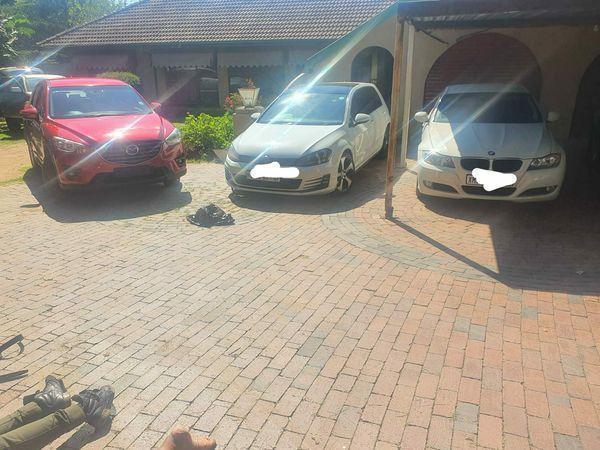