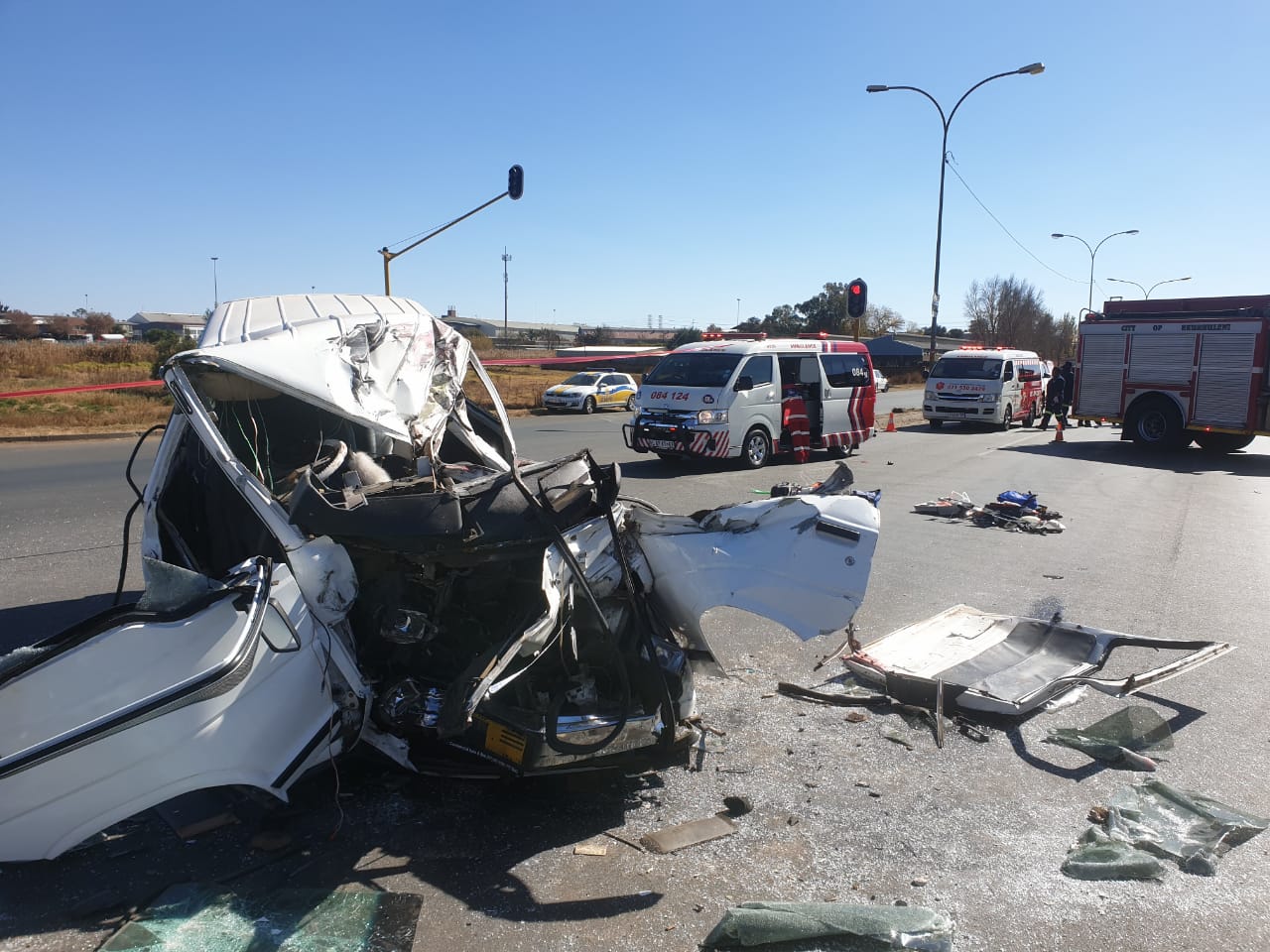 18 People, including ten children between the ages of 4 and 7 suffered moderate to serious injuries after the taxi they were travelling in collided with the side of a truck and trailer at an intersection on Old Vereeniging Road, Alrode outside Alberton this morning.

ER24 paramedics arrived on scene at 10:55 am to find that all the passengers from the taxi had managed to extricate themselves from the wreck. The two passengers up front had suffered serious to critical injuries – Advanced Life Support interventions were used to treat and stabilise before one was flown by helicopter and the other transported to hospital for further care. Multiple Emergency Services were utilised to transport the injured to both Germiston and Thelle Mogoerane Hospitals.

Both the Fire Department and SAPS were on scene for further investigations.