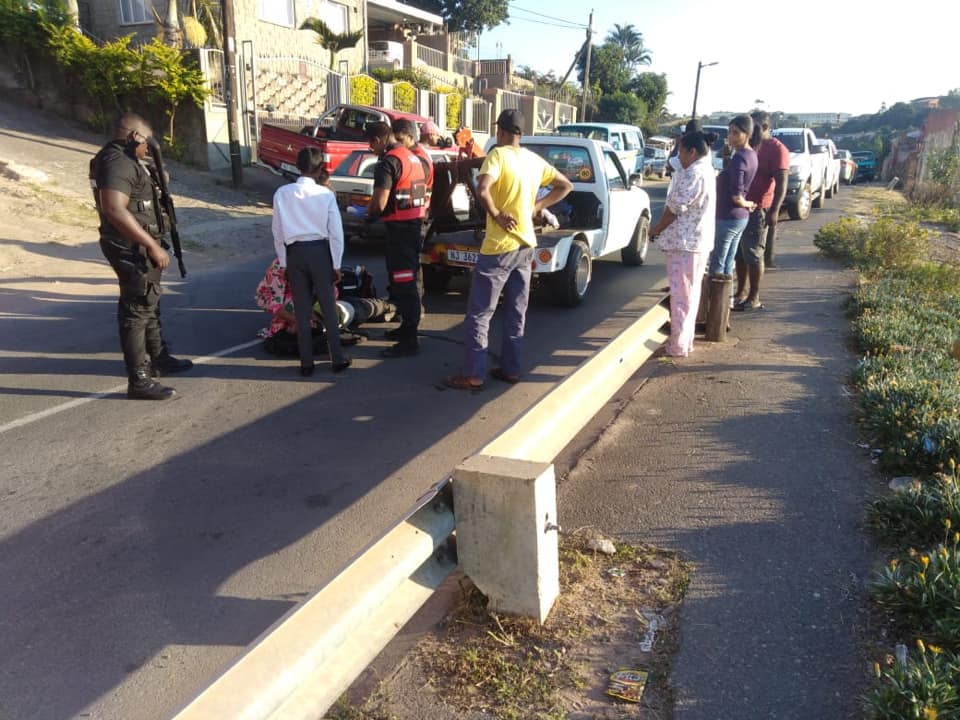 A 13 year old scholar was injured after he fell off the rear of a tow truck whilst being transported to school.

Paramedics from Reaction Unit South Africa were called out to Madrona Drive in Trenance Park after a resident notice a child fall off a tow truck. The caller informed the Controller that he believed a person was seriously injured after the vehicle drove over the child’s shoulder.

When Reaction Officers & Paramedics arrived on scene, they confirmed that the child was being transported to a local school when he fell off the vehicle. He was stabilized on scene & transported to Mt Edgecombe Hospital in Phoenix.

Information received that the driver of the Tow Truck was the child’s father. This information was not confirmed.