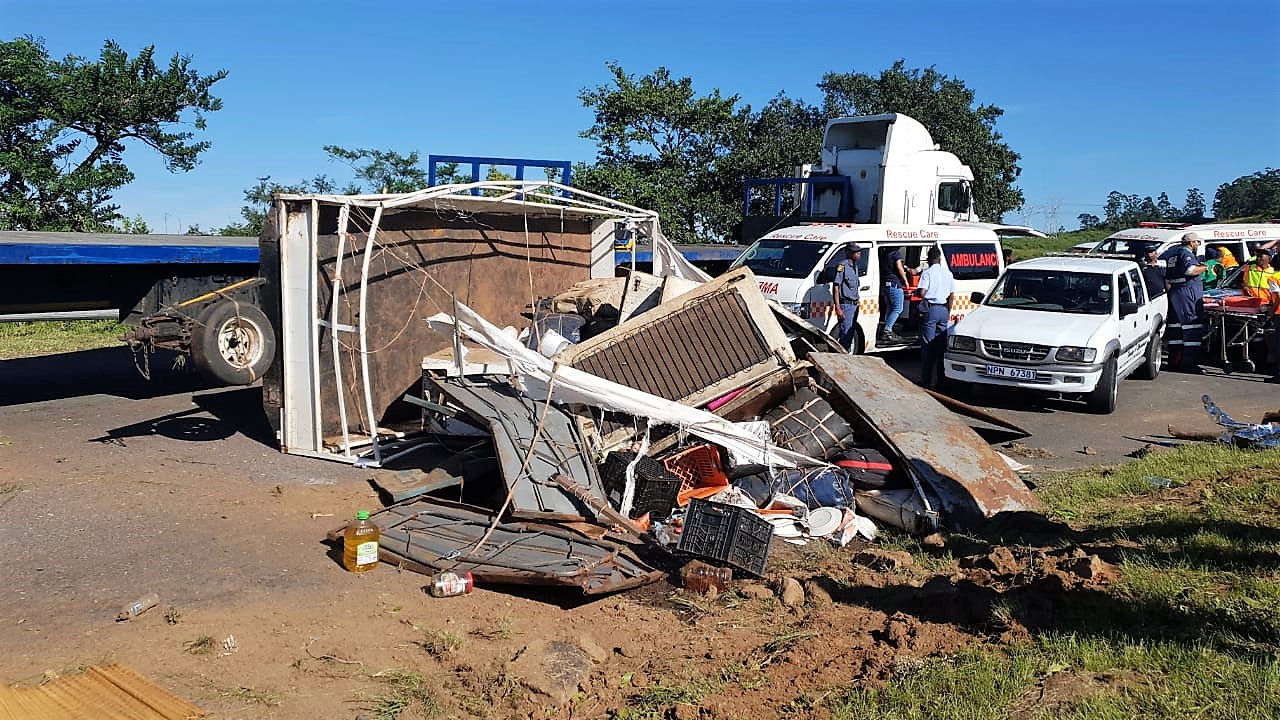 One person has been killed and Nine others injured in a serious collision on Old Richmond Road near the Mushroom Farm in Shongweni just after 7:30am this morning.

Rescue Care Paramedics arrived on the scene to find multiple casualties on scene and immediately called for more ambulances and Advanced Life Support units to assist. A Truck and a Bakkie towing a trailer had collided before the bakkie overturned ejecting the passengers. One male believed to be 27 years old had sustained major injuries and unfortunately there was nothing more Paramedics could do for him and he was declared deceased on the scene. A further Nine patients had sustained injuries ranging from minor to serious and once stabilised on the scene they were transported to various Durban Hospitals for the further care that they required.