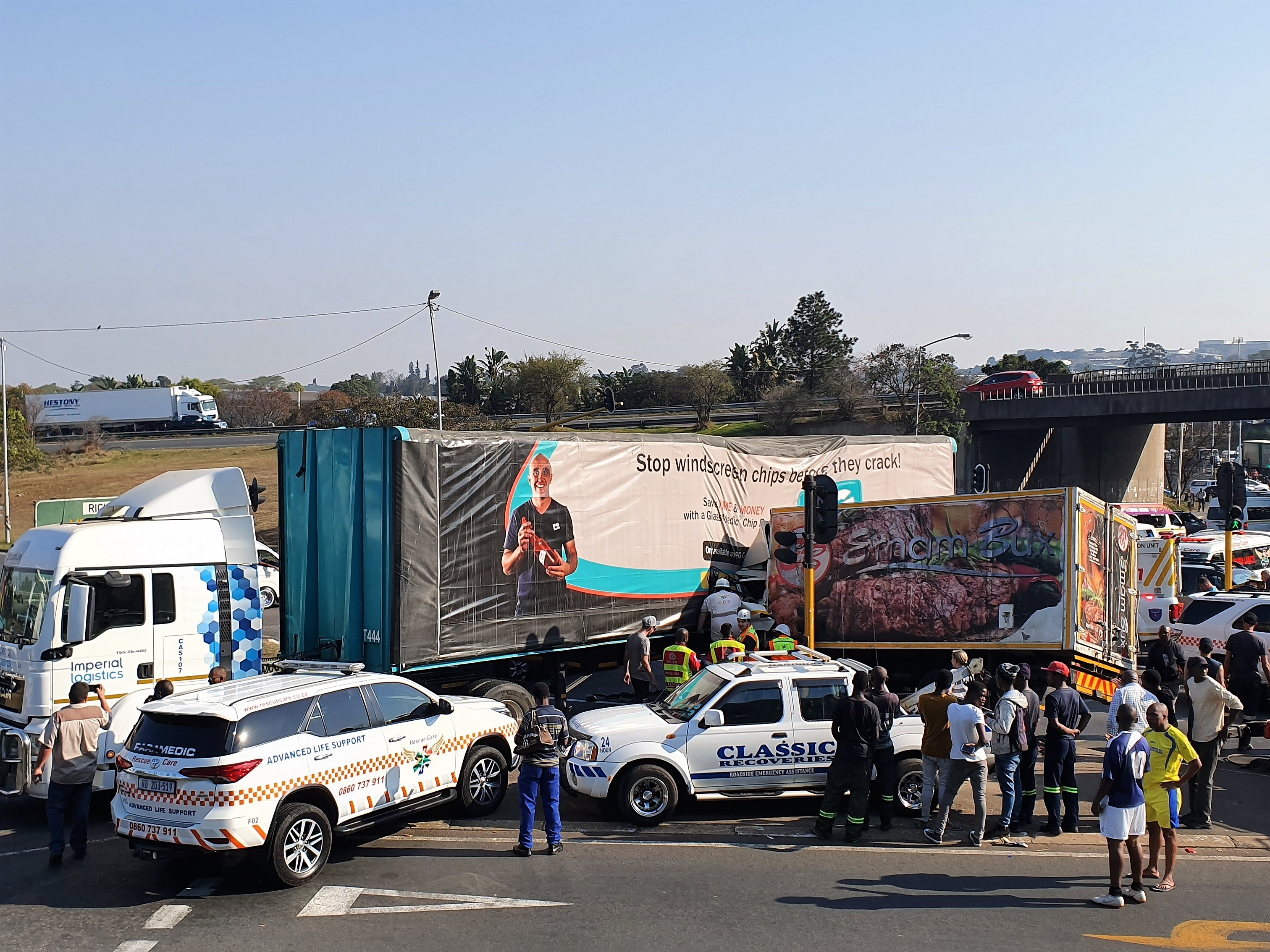 One man has been killed and three others have been injured in a horrific crash on the M13 offramp to Richmond Road in Pinetown on Friday afternoon around 2pm.

Rescue Care Paramedics arrived on the scene to find that two trucks had collided in a T Bone format. Three occupants from the one truck were severely entrapped in the wreckage. Immediately more ambulances, Advanced Life Support Paramedics, as well as the Durban Fire Department, were dispatched to assist. The driver of the one truck had sustained major injuries and there was nothing Paramedics could do for him and he was declared deceased on the scene. His two passengers were cut free from the wreckage using the Jaws of Life and other hydraulic equipment. Due to the critical injuries, one had sustained the Lenmed 1 Aeromedical Helicopter was called in to assist rapidly transport the man once freed to the Lenmed Ethekweni Hospital. The second passenger, as well as the second driver, were stabilised on the scene before being transported by Rescue Care to nearby Hospitals for the further care that they required.