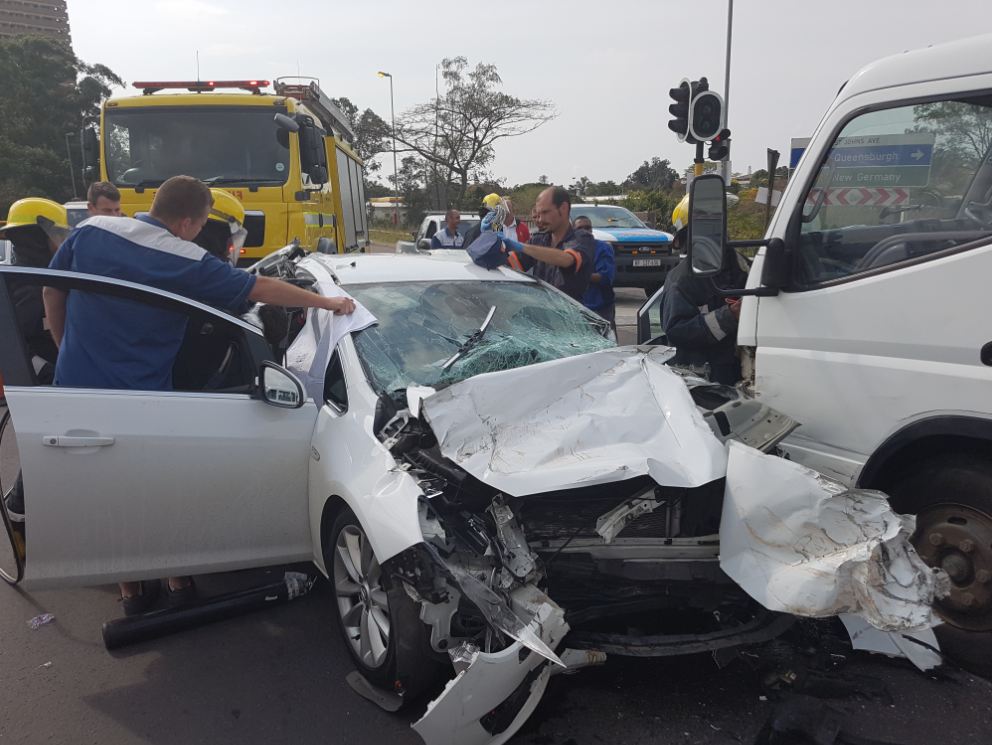 Two people have sustained moderate injuries whilst one person has sustained serious injuries after a truck and a car collided head-on on St. Johns bridge in Pinetown just after 12pm earlier today.

Rescue Care Paramedics arrived on the scene to find that the two vehicles had collided head-on. The driver of the car was entrapped in the vehicle and Ethekweni Fire Department used the ‘Jaws Of Life’ to free the patient from the wreckage. The entrapped patient needed Advanced Life Support intervention but was stabilised on scene. The other two people had sustained moderated injuries. All the patients were stabilised on the scene before being transported by Rescue Care ambulances to various hospitals for the further care that they required.

At this stage it is unclear what caused the vehicles to collide however the necessary authorities were on scene and will be investigating further.