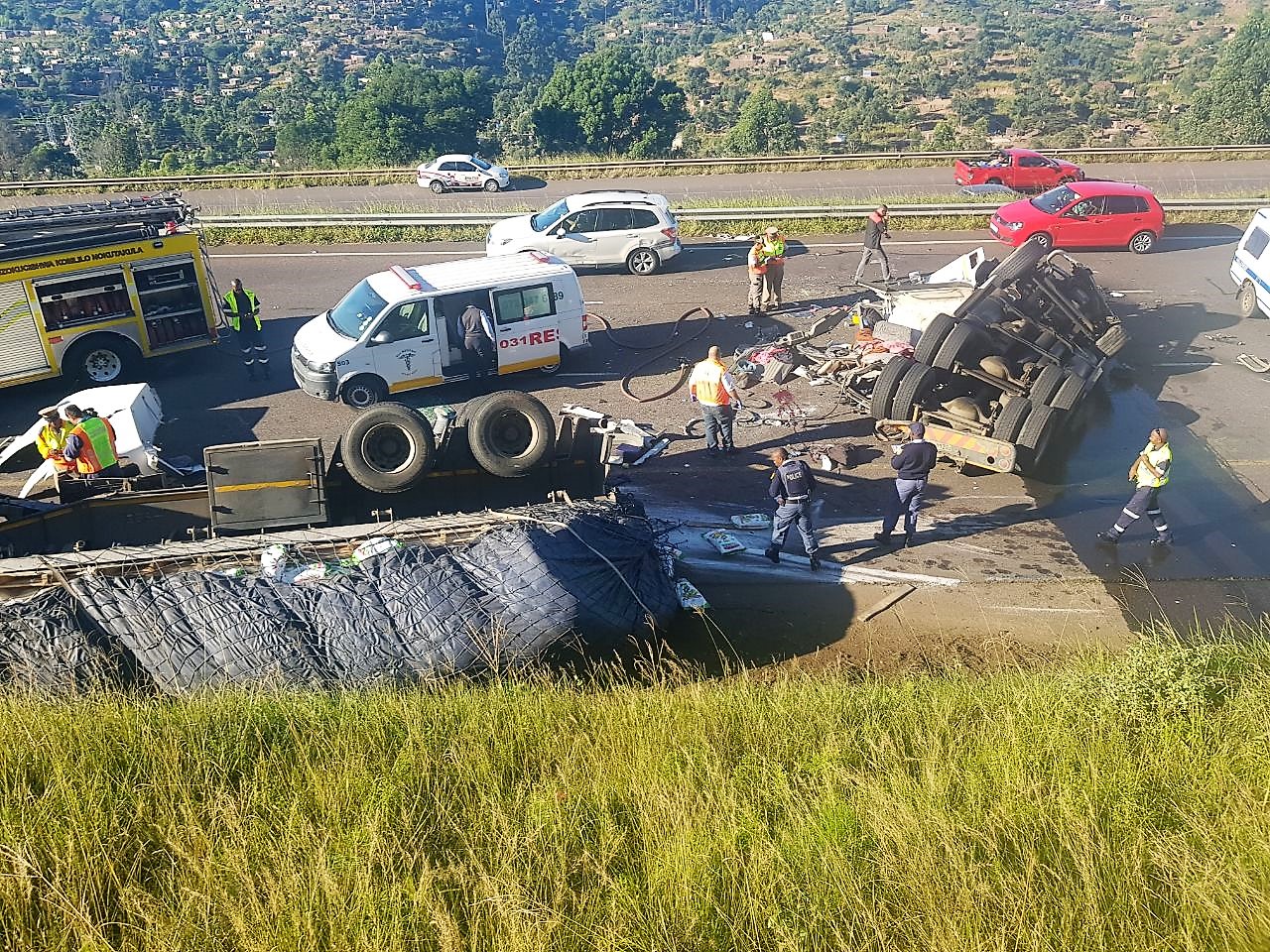 Two trucks have collided on the N3 Durban Bound before Marianhill Toll Plaza in Pinetown this morning.

Rescue Care Paramedics arrived on the scene just after 07:30 to find carnage. Two trucks had collided before one overturned coming to rest on its roof. Three people had sustained various injuries. One person had sustained critical injuries and was stabilised on the scene by Advanced Life Support Paramedics and placed on a manual ventilator. An Aeromedical helicopter was called to the scene to assist transport the critically injured patient. The other two patients were stabilised on the scene before being transported to various hospitals for the further care that they required.

Traffic was severely affected as only one lane of traffic was trickling past the accident scene.