Swift response by members of Navalsig Visible Policing, Bloemfontein Flying Squad, Stock Theft Unit, Security Companies and Neighbourhood Watch has led to the arrest of two suspects who were found in possession of stolen of sheep.

A White Nissan LDV was found in Olive Hill area loaded with thirty-five sheep tied up and stacked on top of each other. The owner of the livestock was identified and traced. The 47-year-old farmer reported that sixty-five sheep were stolen from her smallholding.

A joint search for the suspects ensued and the first one was arrested in the vicinity driving a Silver Daihatsu sedan.

The information led the team to Bloemside Phase 10. The owner of the White Nissan LDV was then arrested in possession of six of the stolen sheep of which two were found dead.

A case of possession of the suspected stolen property was opened at Navalsig Police Station and the two suspects, aged 40 and 47, were detained in police custody. The recovered livestock was handed back to its lawful owner. The suspects will appear in Bloemfontein Magistrate’s Court on Monday, 28 March 2022. 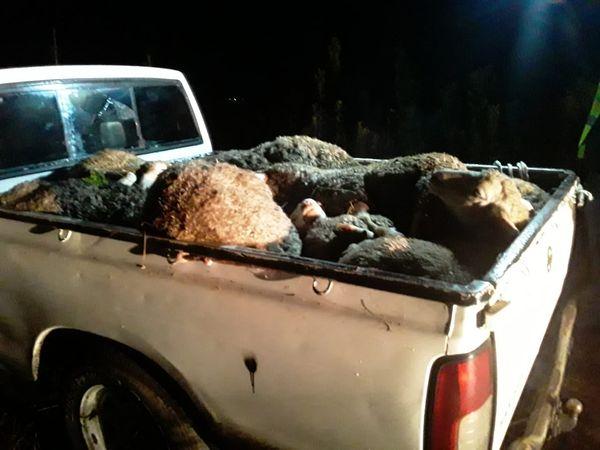