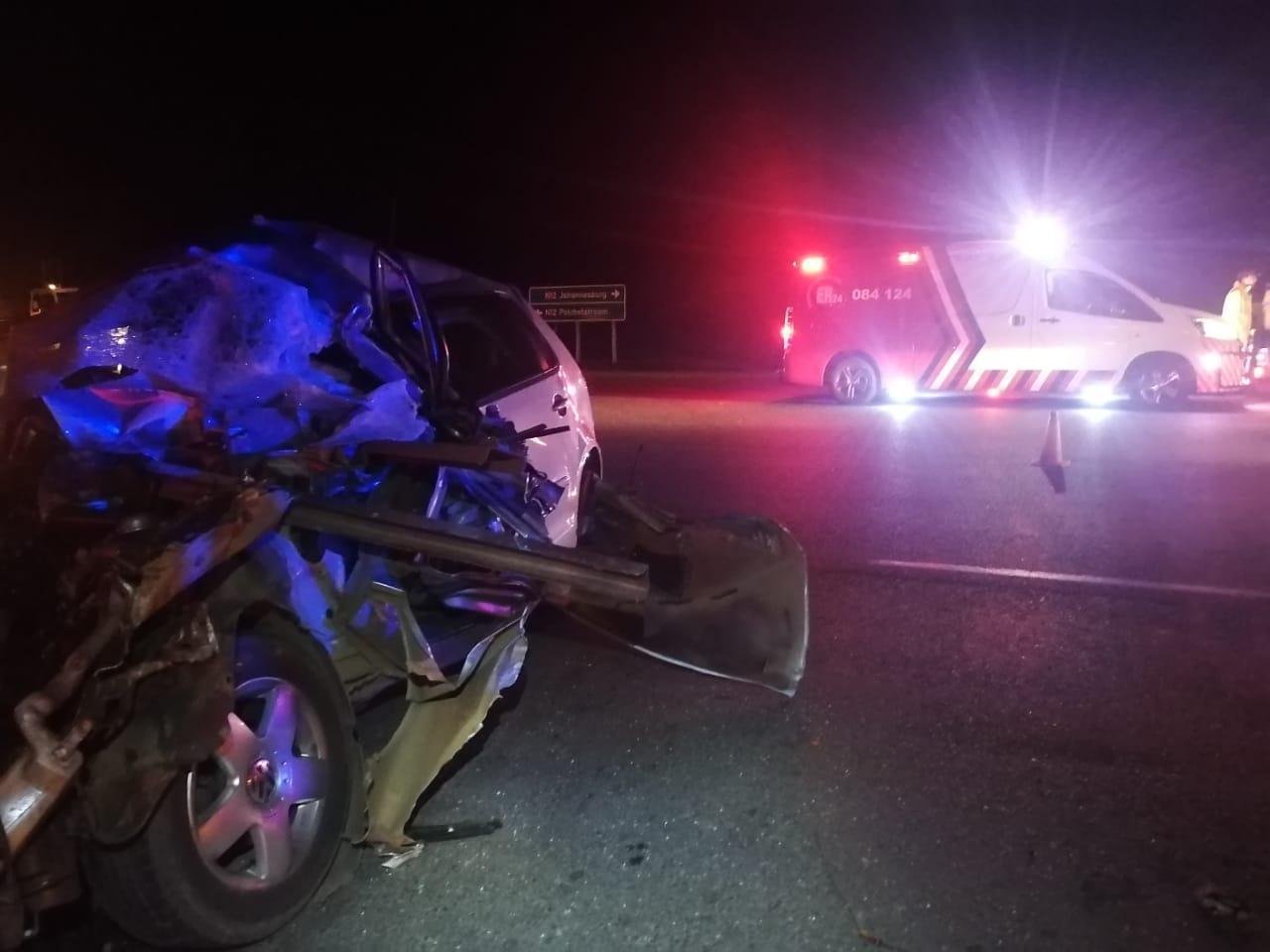 Two men believed to be in their late 20s/early 30s have been killed in a collision between the light motor vehicle they were driving and the trailer of a truck at the intersection of the N12 and R54 outside Potchefstroom last night.

ER24 paramedics arrived on the scene at 22:20 to find the wreak of the car in the middle of the road with the two occupants still entrapped. They had both suffered multiple fatal injuries and showed no signs of life. They were both declared dead on arrival.

A second light motor vehicle was also involved, but the female driver fortunately escaped injury. The driver of the truck was also uninjured in the incident.

The Potchefstroom Fire Department, the North West Provincial Traffic Department as well as the South African Police Services were on scene for further investigation.