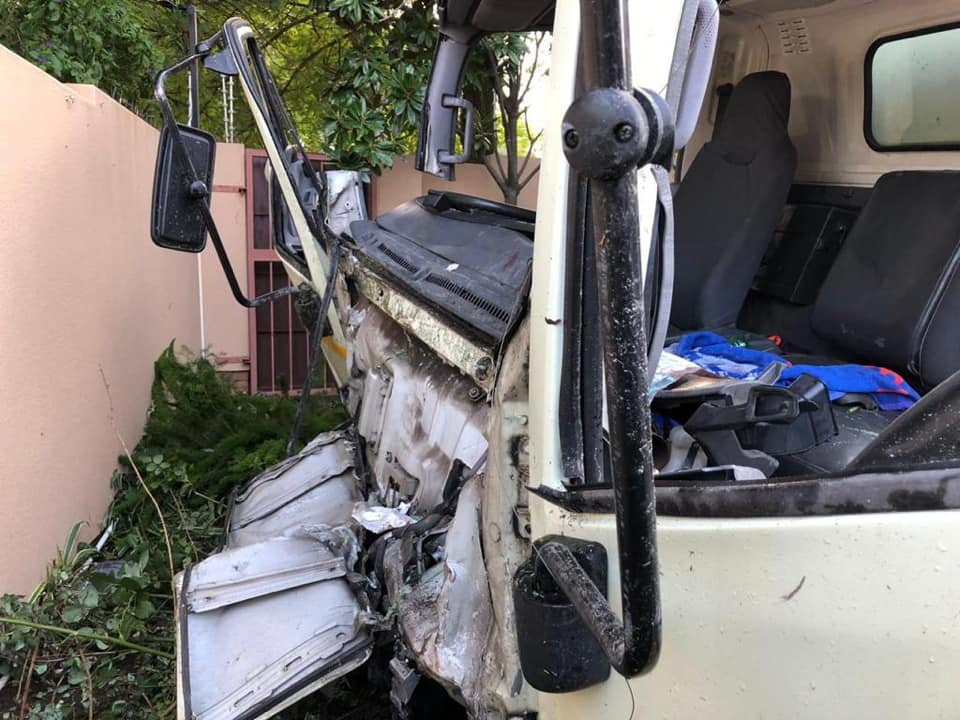 Paramedics from Emer-G-Med responded to an MVA 12th C/O Kudu street. O/A we found that a truck had crashed through a residents wall. Reports indicate that the truck driver had lost control on the slippery roads.

We assessed and treated two patients who were trapped in the wreck. The third patient was able to self extricate before our arrival. We hand in hand with other services and managed to free both patients from the wreck.

Two patients were taken by A02 and ECP intervention to a nearby private facility for further care while the third patient was transported by another service.

Thanks to the resident who opened her home to us, for easy access moving the patients. Luckily the residents with no injuries.