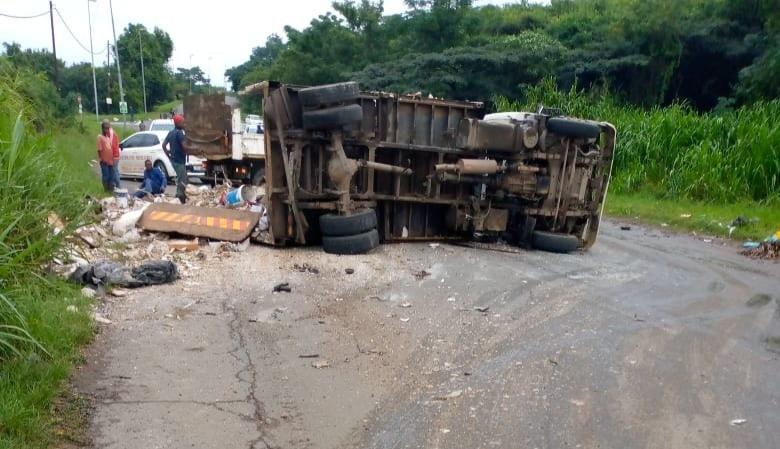 A truck loaded with rubbish overturned after a light motor vehicle collided with it on Todd Street in the vicinity of Oaklands – KZN this morning (Sunday).

Members of Reaction Unit South Africa (RUSA) arrived on scene at approximately 08:08 and found the truck lying on its side. A black VW Golf and a silver Toyota Corolla with extensive damages were also located on the scene.

The occupants of all three vehicles were not injured.