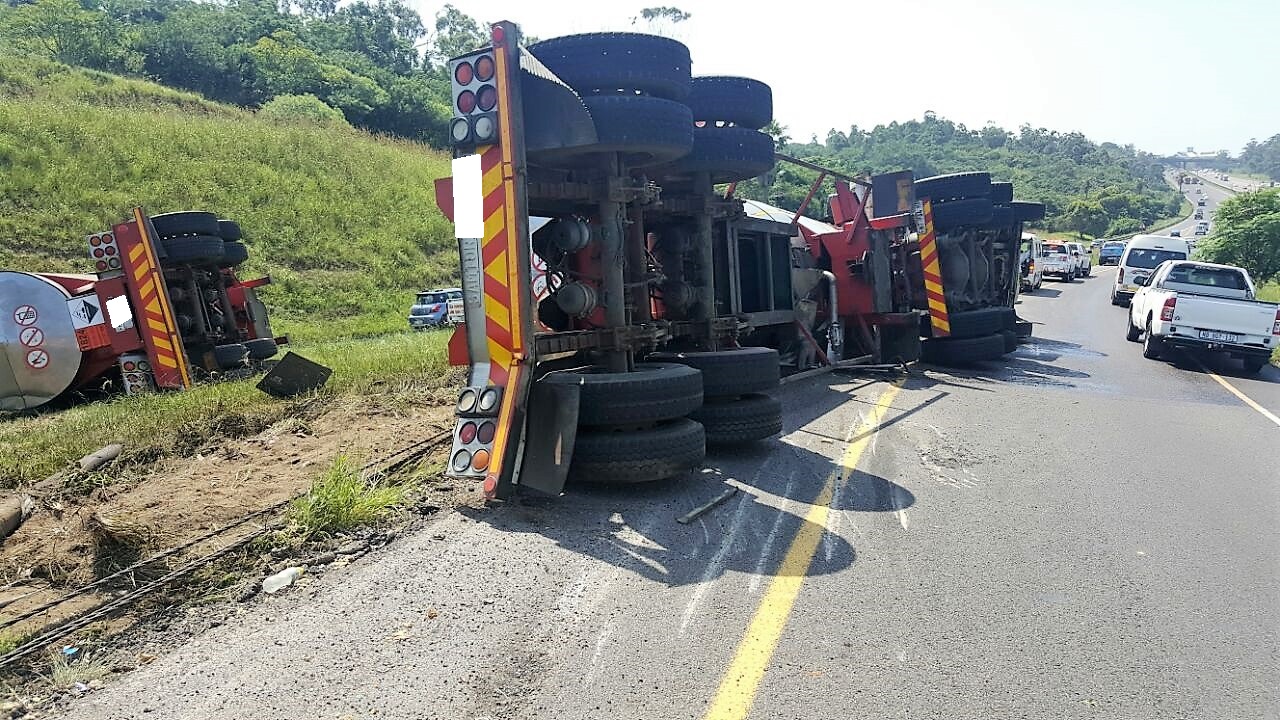 A truck driver has sustained serious injuries after losing control of his truck and overturning on the N3 West Bound onramp to the N2 North Bound carriageway.

Just after 12:30pm Rescue Care Paramedics responded to the truck that had overturned. On their arrival they found the single driver had sustained serious injuries including burn wounds from the load he was carrying. It is believed the truck was carrying Sodium Hydroxide Solution and this spilt as a result of the accident. Advanced Life Support Paramedics worked to stabilise the injured driver on scene before transporting him through to a nearby hospital for the further care that he required.

At this stage the exact cause of the vehicle to overturn is unknown however the necessary authorities were on scene and will be investigating further.

Traffic was severely affected as the onramp to the north bound was closed from all directions. This went on after 5pm and caused severe congestion throughout Durban.