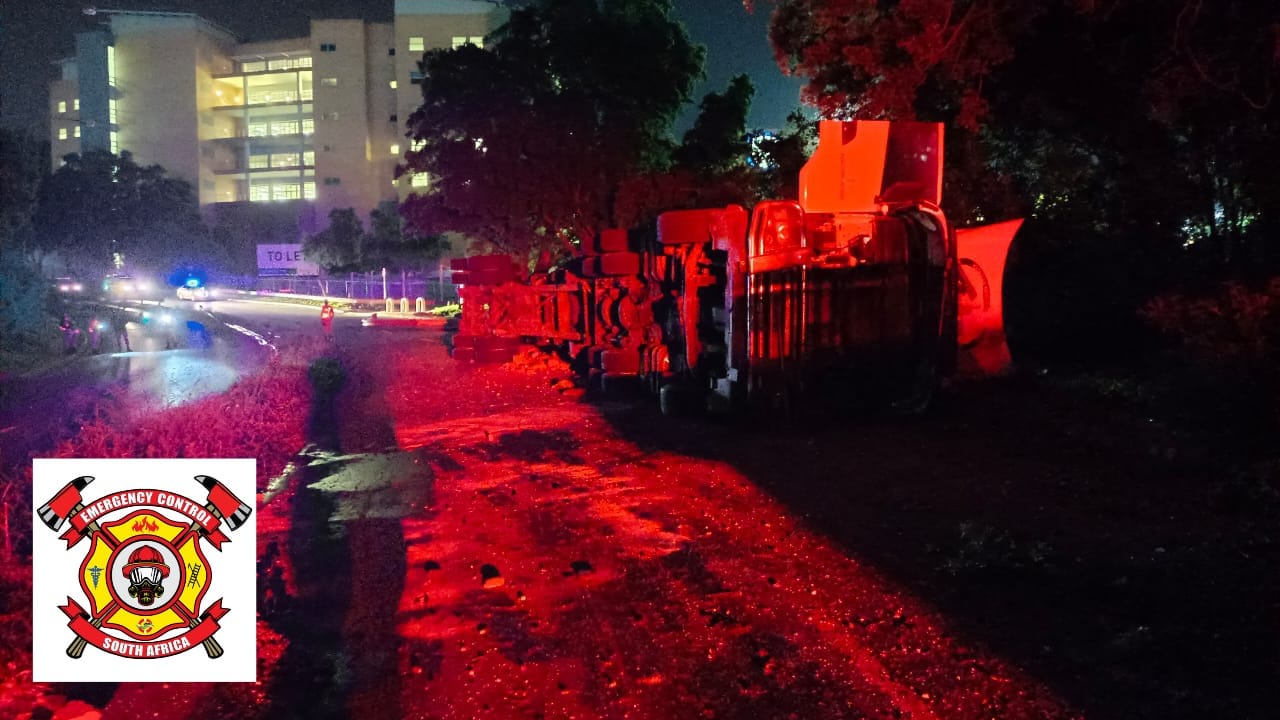 ECSA responded to reports of a Heavy Motor Vehicle Accident on William Nicol Road in Floracliffe.

On arrival, it was found that a Truck and Trailer had lost control and collided with the barrier and capsized.

Recourses from JMPD was on the scene to start with investigations to determine the cause of the accident.

ECSA conducted spillage control on the scene as the roadway was covered with hydraulic fluid.

Fortunately, no injuries were reported on the scene.

The scene was handed over to JMPD for further investigation and procedures.

A Big Thank You to all role players who assisted on the scene.