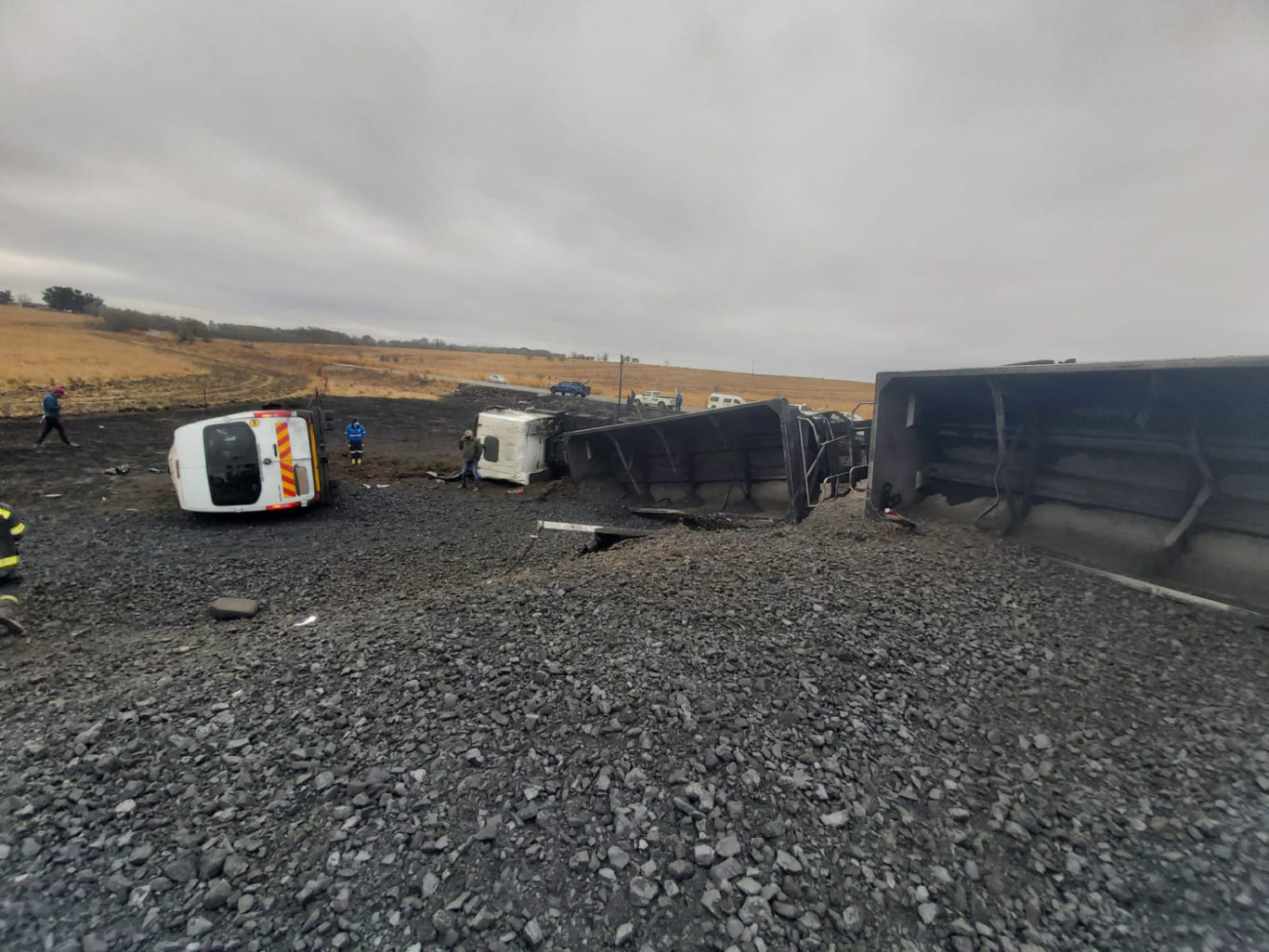 One man was killed, and another left injured this morning when a truck and minibus collided on the R547 in Kinross, Mpumalanga.

ER24 paramedics arrived on the scene at 08h58 to find the Provincial Services already in attendance. A large truck and minibus were found lying on their sides on the side of the road.

On closer inspection, medics found a man lying trapped inside the minibus. On assessment, medics found that the man had already succumbed to his injuries. Nothing could be done for him, and he was declared dead by the Provincial Services.

The driver of the truck was assessed and found to have sustained only minor injuries. He was treated and thereafter transported to Mediclinic Highveld for further care.