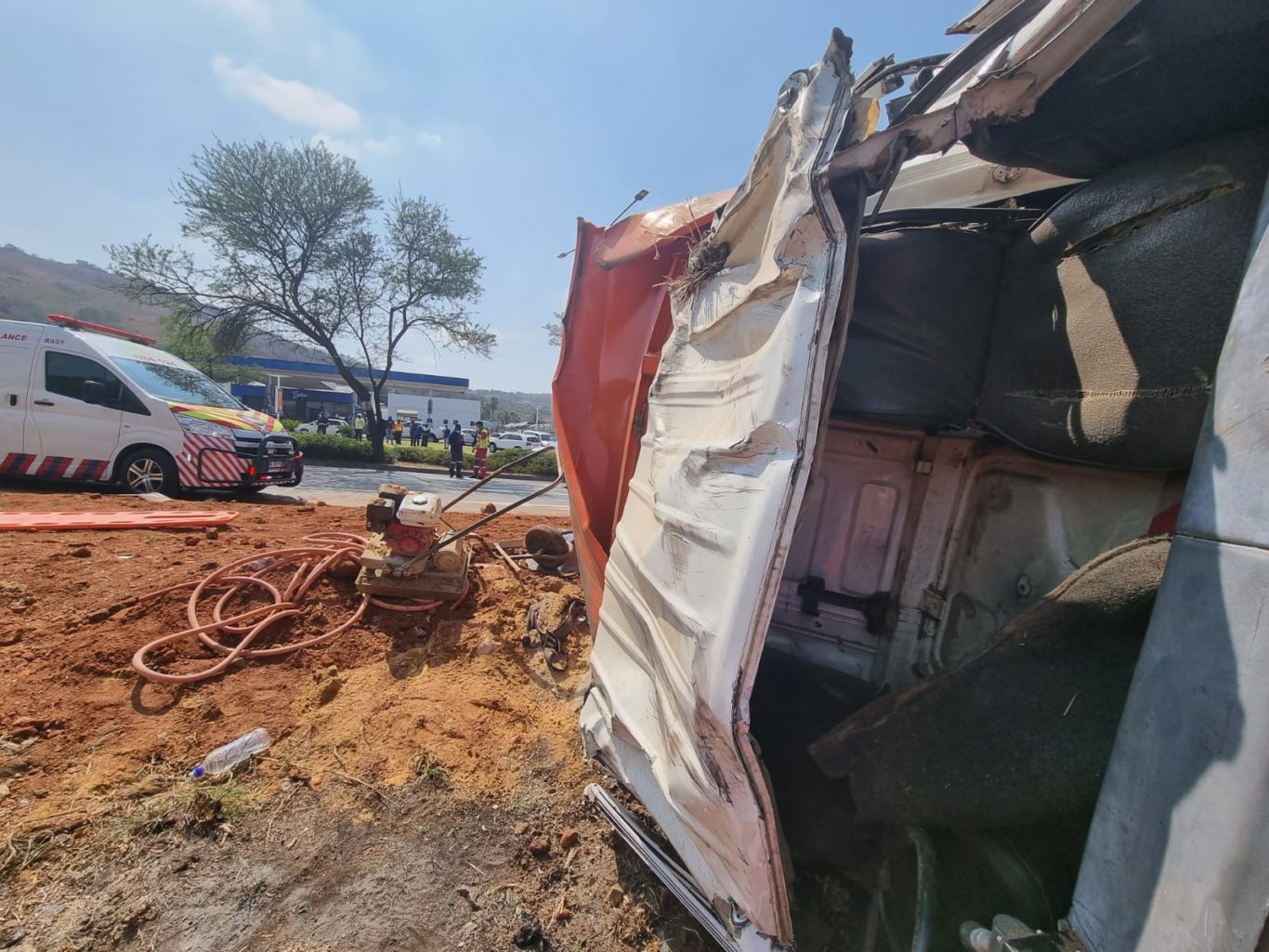 Six people were injured this morning, three critically, when a truck crashed into a light motor vehicle at the Comaro and Soetdoring intersection in Bassonia, south of Johannesburg.

ER24 and other services arrived at 10h00 to find a wrecked truck lying on its side on the pavement. A man was found lying trapped inside while four others were seated nearby. A pregnant woman was found seated inside her light motor vehicle.

On assessment, medics found that the entrapped man and the pregnant woman, and another man were in a critical condition while the three others had sustained moderate injuries.

Rescue services had to use specialised equipment to free the man from the truck.