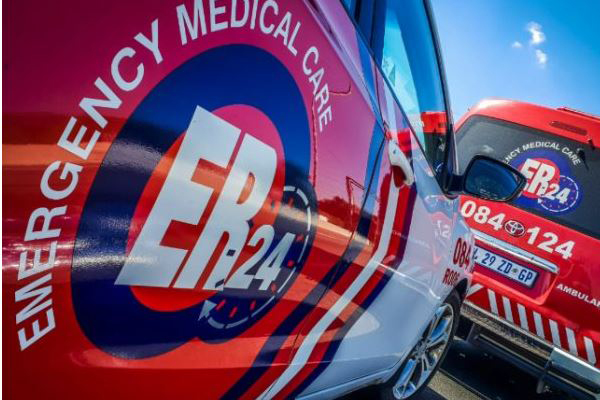 One man was killed, and another left injured this afternoon following a collision between a bakkie-and-trailer and a truck at the 9th and Bredell road intersection in Kempton Park.

ER24 paramedics, along with other services, arrived on the scene at 13h20 to find the bakkie and trailer lying on its side on the side of the road while the truck had come to a stop some distance away.

On closer inspection, medics found a man lying trapped inside the bakkie. Unfortunately, the man had already succumbed to his injuries. Nothing could be done for him, and he was declared dead.

The driver of the truck was assessed and found to have sustained minor injuries. He was treated and thereafter transported to a nearby hospital for further care.