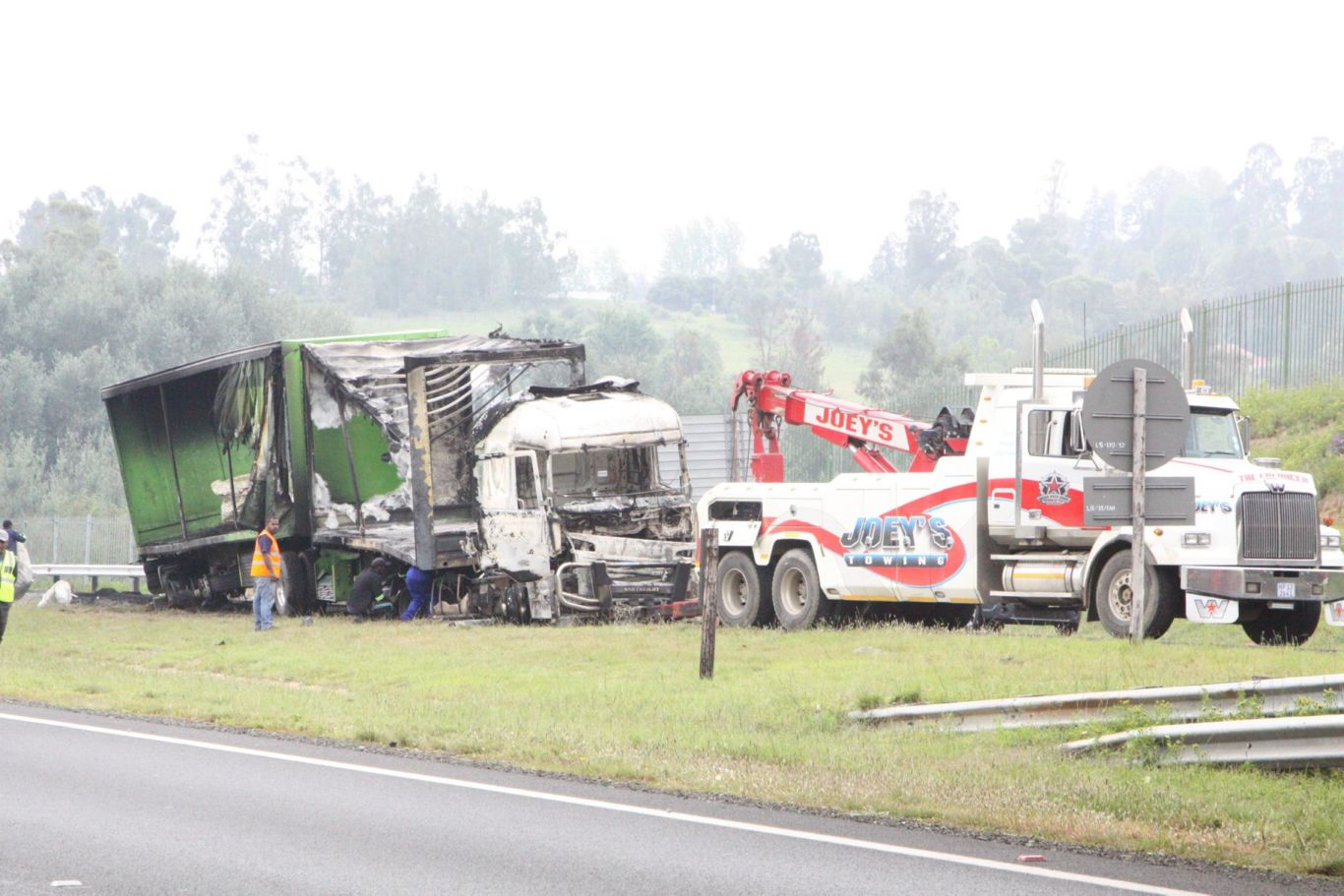 Four trucks were torched and their goods looted.

Eleven people were apprehended and have been jailed for their part in the incident.