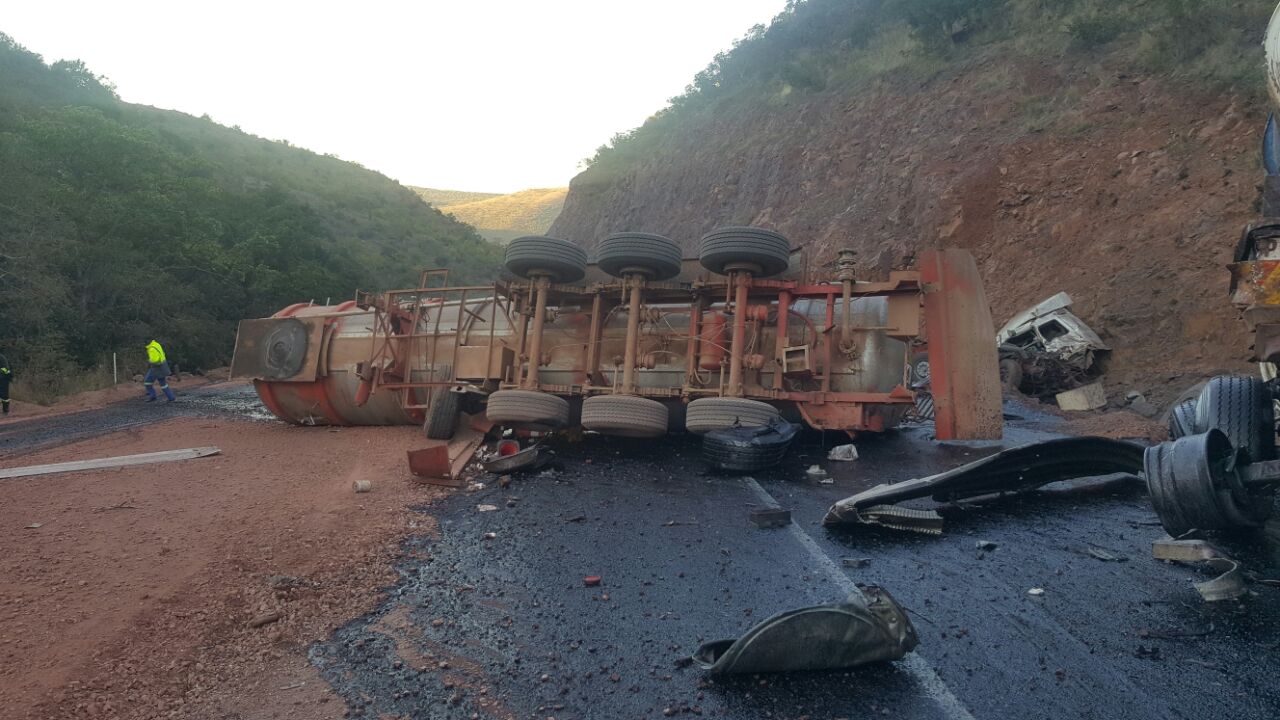 Two men have been killed and two others injured this afternoon when three trucks collided on the N11 near Loskop Dam, Mpumalanga.

At approximately 16h20, ER24 paramedics, along with the rescue services, arrived on the scene and found that three trucks had collided. One truck lay on its side across the entire road. The two other trucks were found lying wrecked in the roadside ditch.

Upon closer inspection, paramedics found the bodies of two men lying trapped inside one of the trucks. Unfortunately, nothing could be done for the men and they were declared dead.

Two other patients, a man and woman, were assessed and found to have sustained only minor injuries.

Paramedics treated the patients and thereafter transported them to nearby hospitals for further treatment.

Rescue services had to later use specialised rescue equipment to free the two deceased from the vehicle.