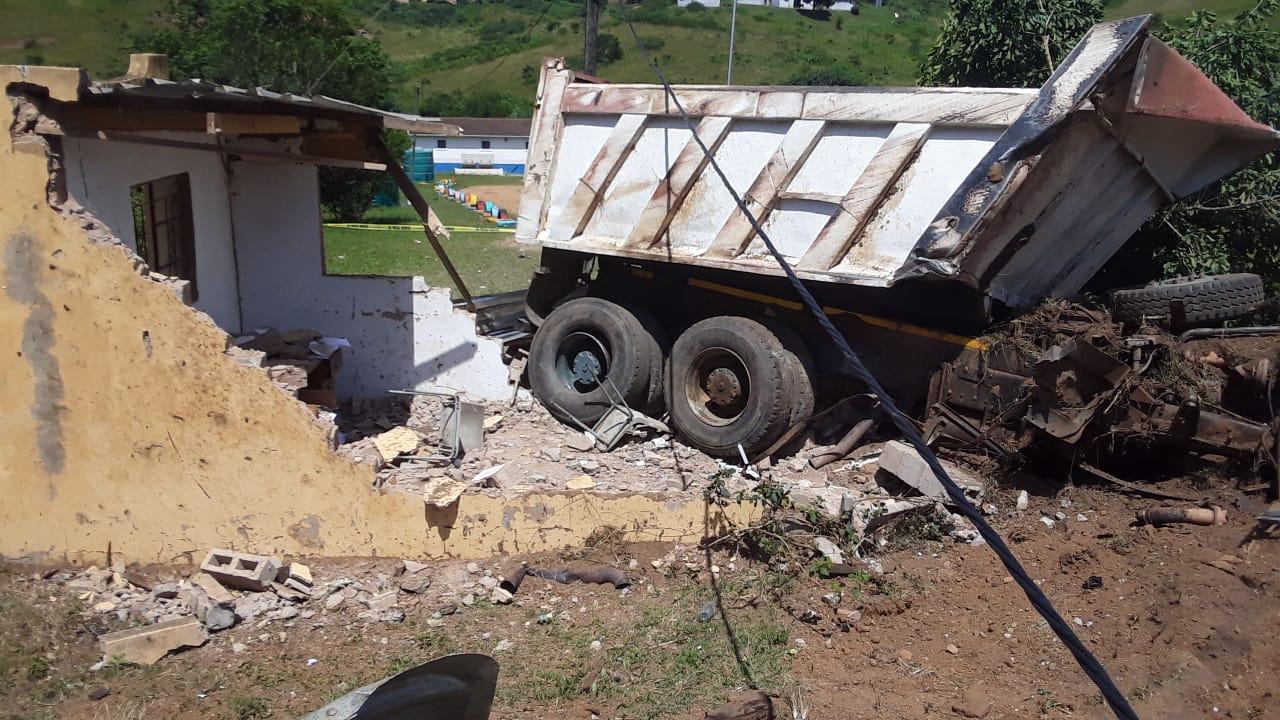 At 10H53 Thursday morning, Netcare 911 responded to a collision on an unnamed Road in Emqangeni on the KZN South Coast.

Reports indicate the driver of a tipper truck lost control resulting in the truck slamming into a car killing two occupants.

The truck then struck a female pedestrian killing her instantly before the truck left the road crushing an outbuilding at the entrance of a school.

An adult male in the building had sustained serious injuries after being crushed and was treated on scene by an advanced life support paramedic.

The driver of the truck had also sustained serious injuries and was treated on scene by another private ambulance service.

Once stabilised the patient was airlifted by Netcare 911 helicopter to a specialist facility.