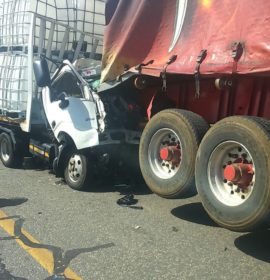 A man, believed to be in his 30s, was killed after the truck he was in collided with another truck on the R59 at the Blockhouse rest stop in Henley-on-Klip this afternoon. When ER24 paramedics arrived on the scene at approximately 13H00, they found the truck driver entrapped in the […]