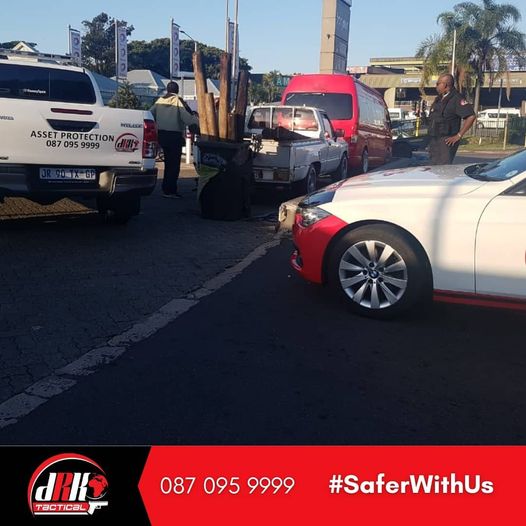 The dRK Tactical control centre received information on a local Whatsapp group of suspects that had stolen some wooden poles from a property located on the corner of Sandile Thusi and Problem Mkhize.

The information was immediately circulated to our ground crew.

A search for the suspects was conducted in the area by the dRK Tactical Squad units with no luck of finding the suspects.

Acting on information received, the dRK Tactical Squad units were sent to the Total garage on Stamford hill road, where the suspects were busy loading the stolen wooden poles into a Toyota Hilux van.

When the suspects saw the dRK Tactical Squad units, they Immediately left the poles on the ground and fled the scene on foot.

The owner of the van and the complainant both agreed that it was best for the vehicle to return to the property with the stolen poles and offload them.