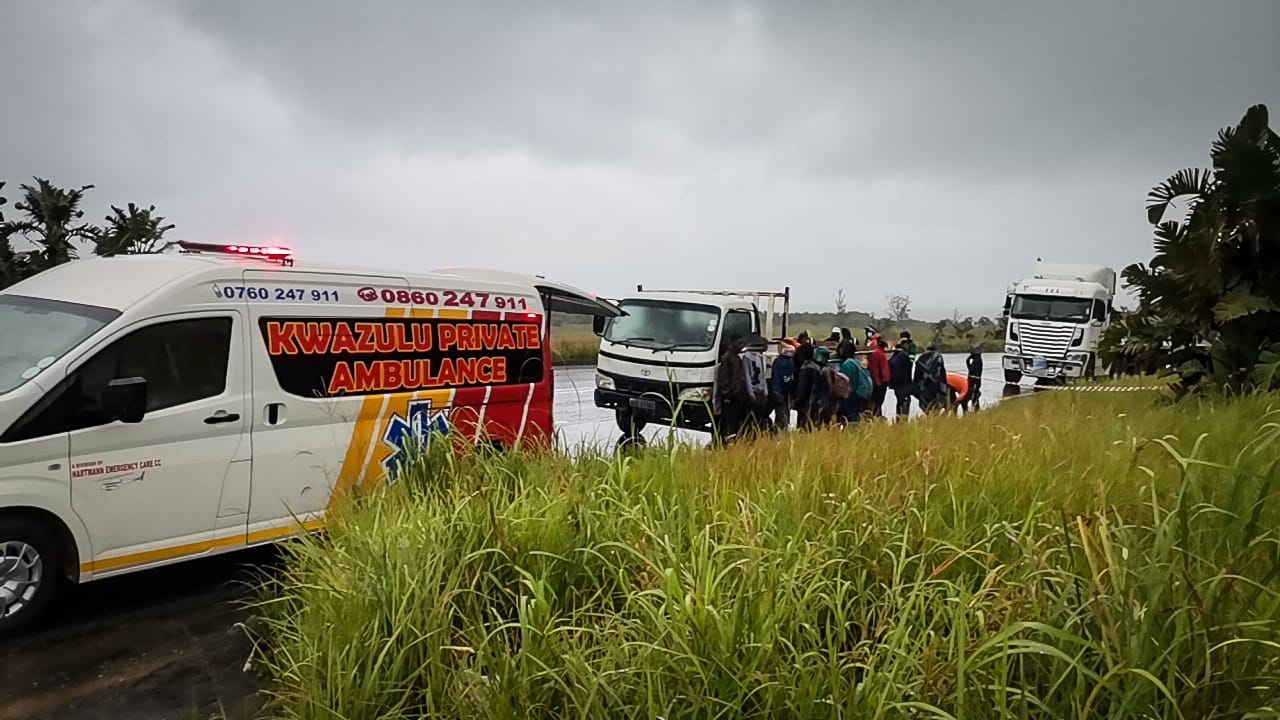 This afternoon Kwazulu Private Ambulance Service responded to the R61 in Port Edward for reports of a collision.

When emergency services arrived they found that 2 trucks had been involved in a collision.

Paramedics quickly assessed the scene and found that 7 patients had sustained injuries ranging from minor to serious.

The patients were treated on scene before being transported to hospital for further treatment.

The occupants from one of the trucks were traditional performers on their way home after performing in Eastern Cape.