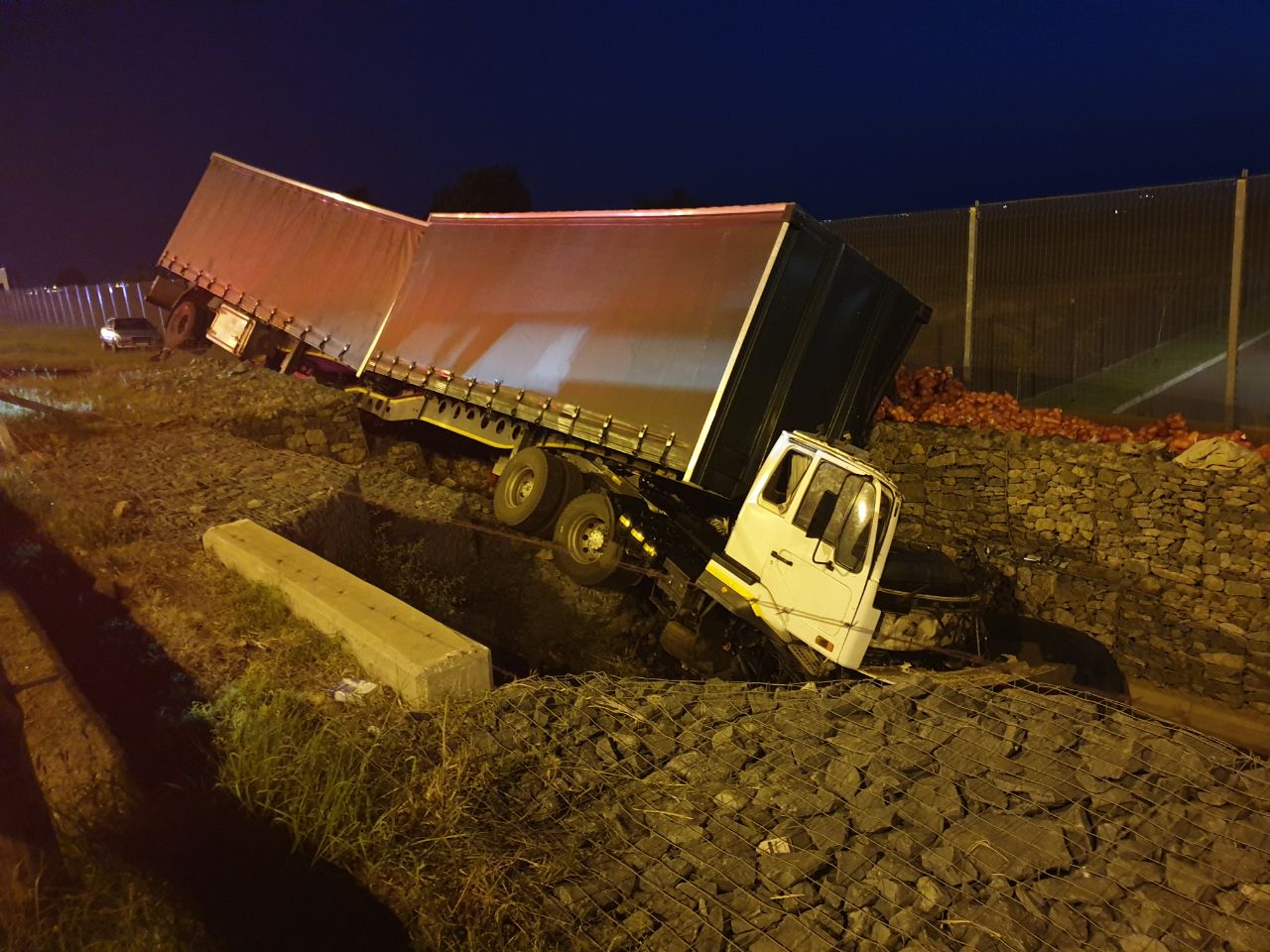 Gauteng: At 03H57 Wednesday morning Netcare 911 responded to reports of a collision on the R21 South bound in Glen Marais Kempton Park.

Reports from the scene indicate that two heavy motor vehicles were involved in a collision resulting in one of the trucks leaving the road.

One adult male passenger had sustained serious injuries and was treated on scene by a Netcare 911 Emergency Care Practitioner and Medics from KPS Medical.

Due to the nature of his injuries a Netcare helicopter ambulance was activated to airlift the patient to hospital for further treatment.