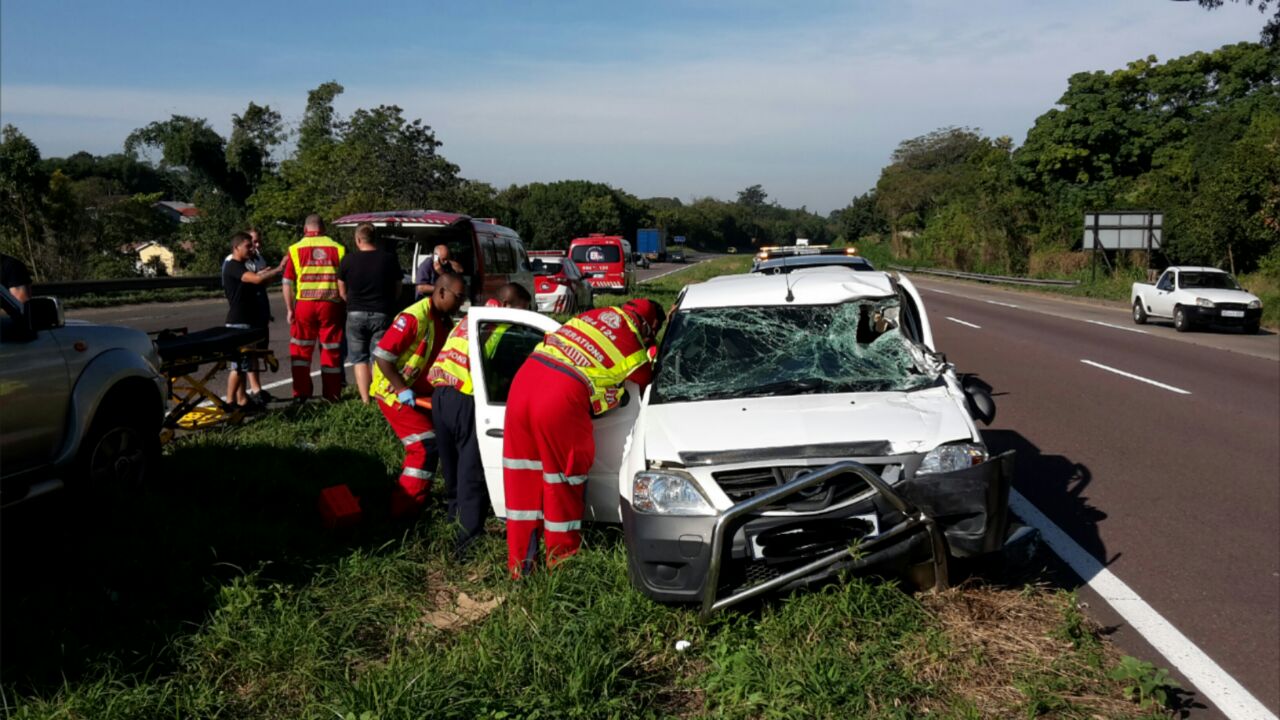 A 28-year-old man was injured this afternoon after his bakkie rear-ended a truck on the M7 west bound in Pinetown, KwaZulu Natal.

ER24 paramedics arrived on the scene and found the bakkie parked partially between the fast lane and the middle isle. The truck had parked on the side of the road 100 metres away.

On inspection, paramedics found that the driver of the bakkie sitting inside his vehicle. Fortunately, the man had been wearing his seatbelt at the time of the collision.

The man was carefully extricated out of the vehicle and assessed, where it was found that the man had sustained moderate injuries.

The man was treated for his injuries and transported to Life Westville Hospital for further treatment.

Tags: collision into truck in Pinetown