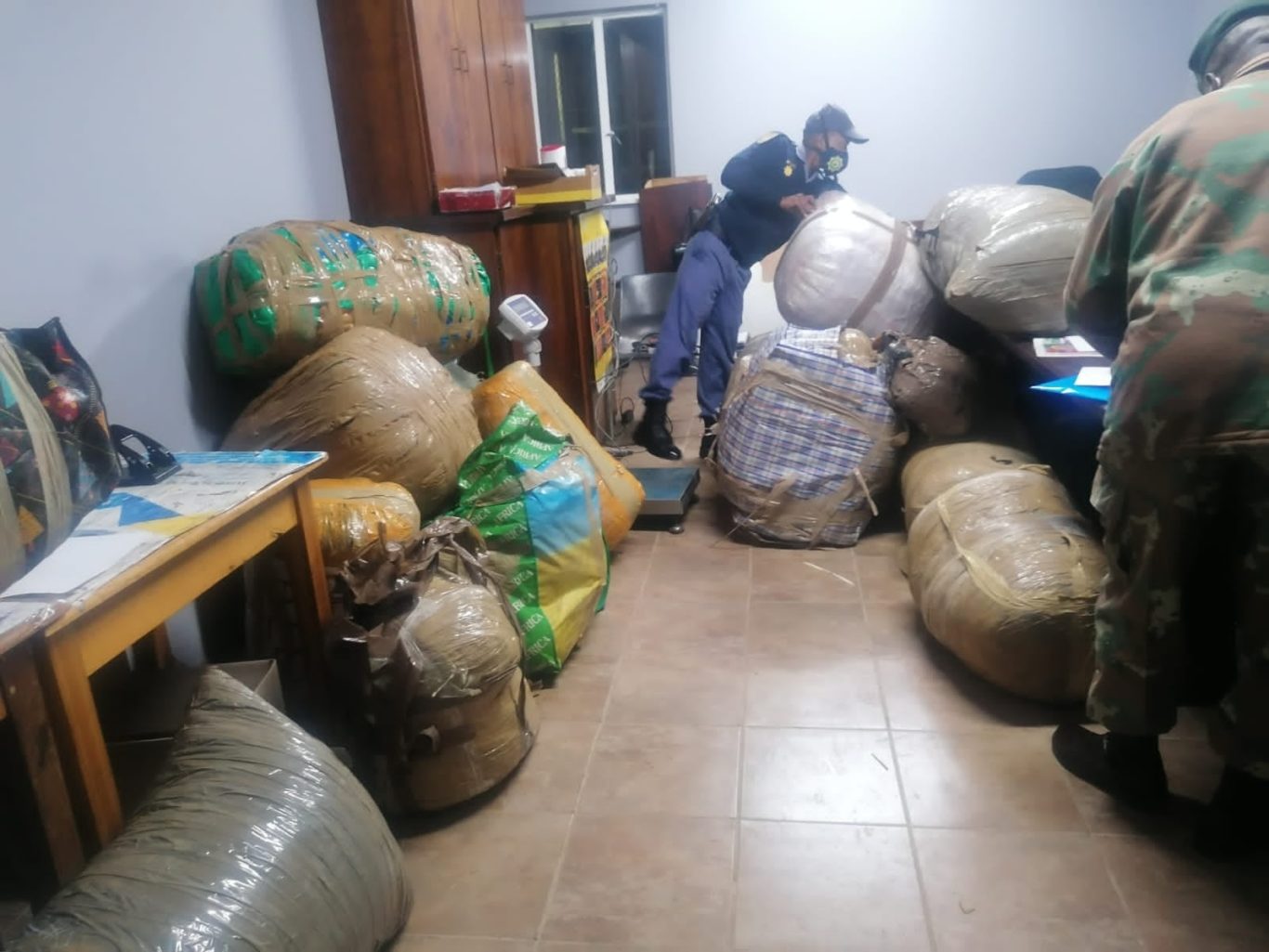 The Zonstraal area of responsibility, which entails the South Africa /Eswatini border delivered the biggest success in terms of monetary value with the confiscation of R 1 315 050.00 worth of Dagga weighing in at 438.35 KG.

The dagga was discovered during routine vehicle patrols conducted by the South African National Defence Force soldiers deployed in the Nerston area. The soldiers noticed a heavily loaded Toyota Hilux single Cab and became suspicious when the vehicle sped up after noticing the South African National Defence Force patrol vehicle.

A chase pursuit led to the driver of the Hilux stopping, fleeing on foot into the thick nearby bushes and abandoning the vehicle. The vehicle was impounded by the Amsterdam South African Police Service pending further investigation.