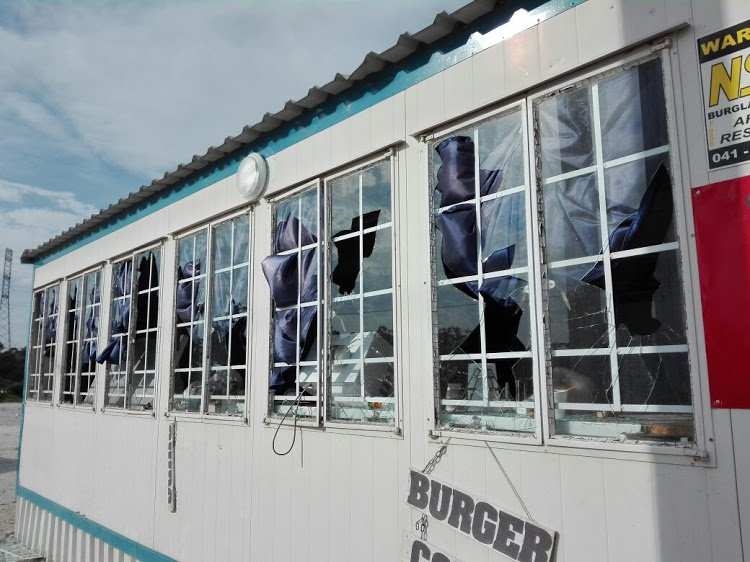 The Cluster Commander of Mount Road Cluster, Maj Gen Thembisile Patekile has strongly condemned the lawlessness and acts of criminality during a protest action on Mission Road and Old Cape Road in Greenbushes area early this Wednesday morning, 02 May 2018.

“This is totally unacceptable and we will not tolerate people venting their anger by damaging private and public property or blockading our roads. We have intensified our operations and will take strong action against these perpetrators. The constitution provides and allows the community to protest, however there are limitations attached to these rights,” he said.

Just after 05:00 this morning residents of Kuyga started to gather and blocking the roads with burning tyres and stones. During the course of the morning protestors became violent and started to break down the walls at the back of businesses in the area to gain entrance to the property. Four vehicles were set alight whilst others were vehicles were damaged. The protestors resorted to common criminal behaviour and started looting and vandalize the premises and ran away with property from the businesses. No one was injured during these incidents.

Local police and POPS were mobilised and dispersed a number of people using the required and necessary force. No arrests have been made and the SAPS are maintaining high visibility in the area. Currently Old Cape Road is open for traffic, however Mission Road is still closed. We urge the community to make use of alternative routes until the situation remains calm.

Cases of public violence, malicious damage to property and theft have been opened for investigation at the Kabega Park SAPS. Property that was recovered have been handed to the lawful business owners.

So sad to hear a group of protesters entered the Dacmac Logistics offices in King Road shortly after 1am. Windows were broken and the four vehicles torched. @EMERGCONTROL #Crime @SAPoliceService @FleetWatchCC @CrashGuysZA pic.twitter.com/1TpkgSlQnY