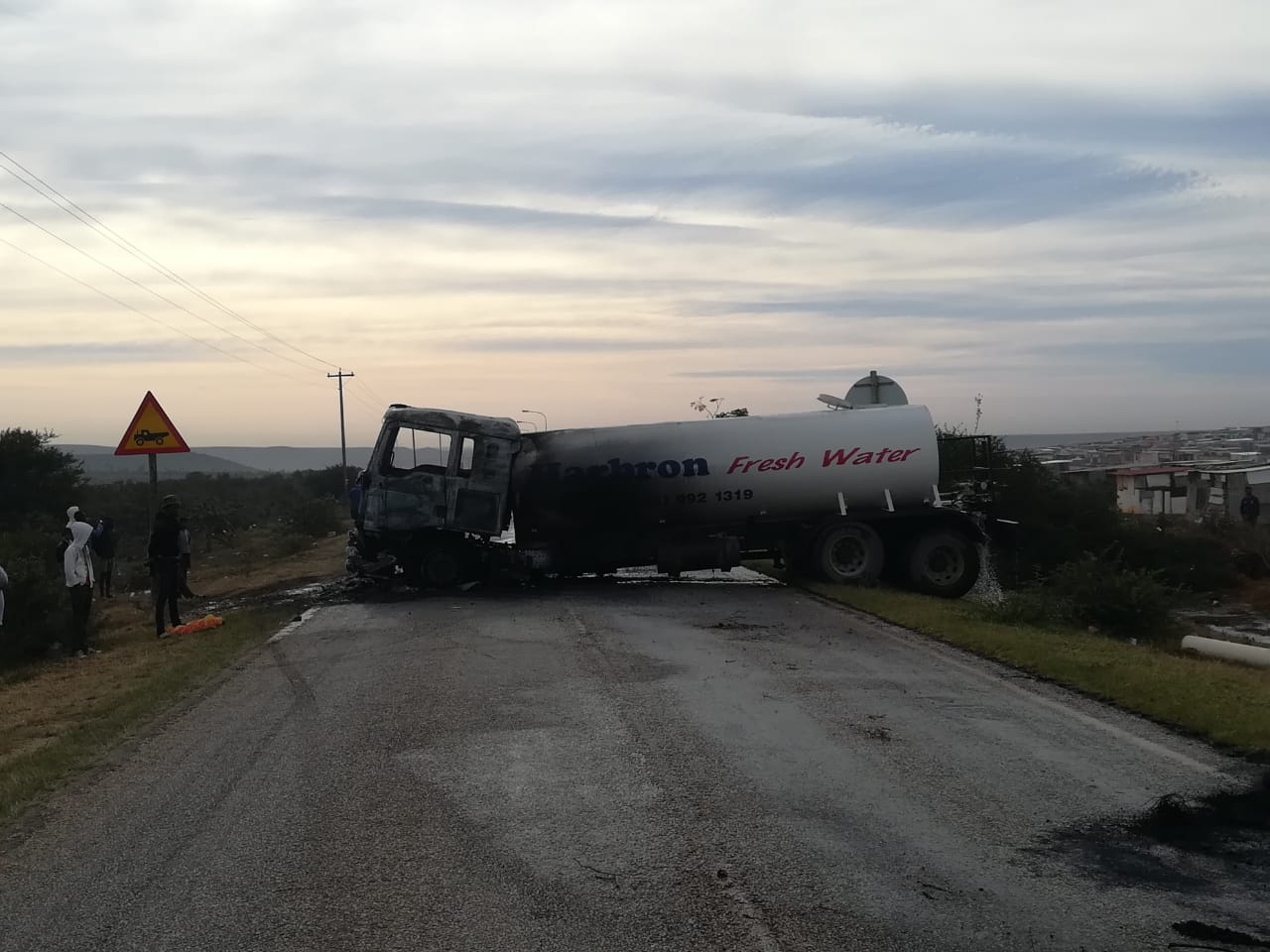 UITENHAGE: Police are investigating a case of malicious damage to property after a water truck was torched in Uitenhage.

On Monday, 25 May 2020 around 08:30, a driver of a contracted water truck alleged that he was driving on R334 known as Rocklands Road in Uitenhage when he noticed that the road ahead was blocked with burning tyres, he stopped so as to make a U-turn.

He further said that as he was busy with a maneuver, a group of about 10 people armed with dangerous weapons forced him and his assistant out of the truck. A group allegedly left the truck on the road and torched it. The two victims who were on route to Port Elizabeth hitchhiked back to their company offices in Uitenhage.

At this stage, a motive for the attack is unknown and the suspects who were said to be wearing face masks are also unknown.

Police are urging anyone with information that could lead to the arrest of the suspects to contact the investigating officer, Detective Lieutenant Colonel Tabitha Peter at 082 319 9200. The information may also be shared via Crime Stop on 08600 10111. All information is strictly confidential and callers have the right to remain anonymous.