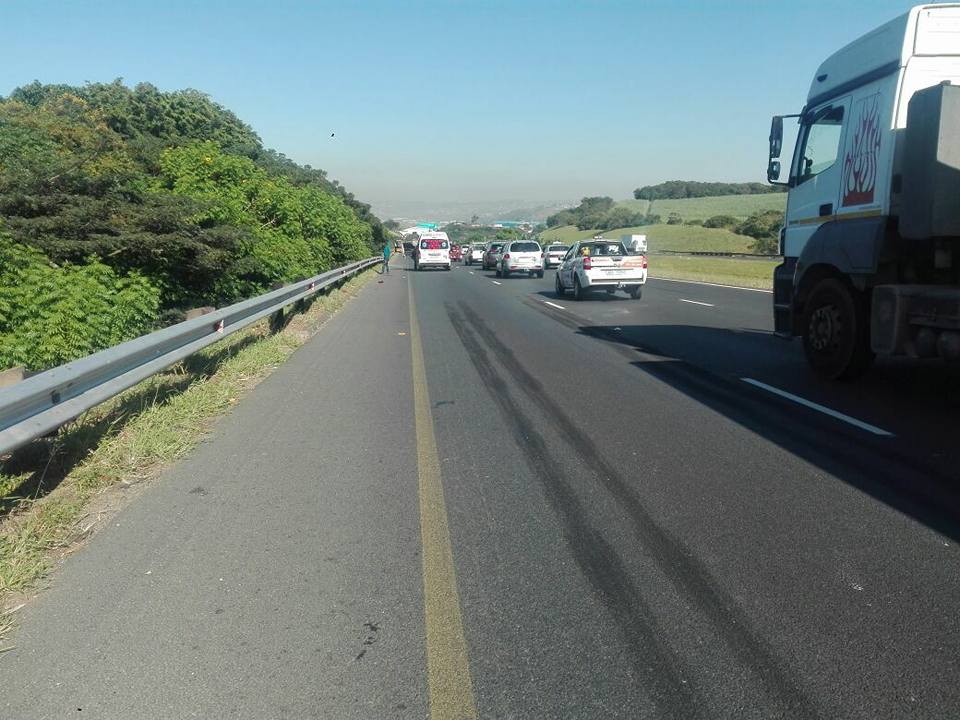 An unidentified man has been killed after he was run over by a Scania truck and trailer on the southbound lane of the N2 before the Avoca – KZN off-ramp this morning.

Members of Reaction Unit South Africa were called out to the scene by passing motorists requesting medical assistance for the critically injured man. Upon arrival the pedestrian was found to have sustained life-threatening injuries and died at the scene.

According to the driver while traveling downhill he noticed the pedestrian standing on the side of the road. As the truck got closer the man attempted to run across the road however he was run over and crushed under the wheels of the truck. Skid marks from the truck measuring several metres were found on scene.