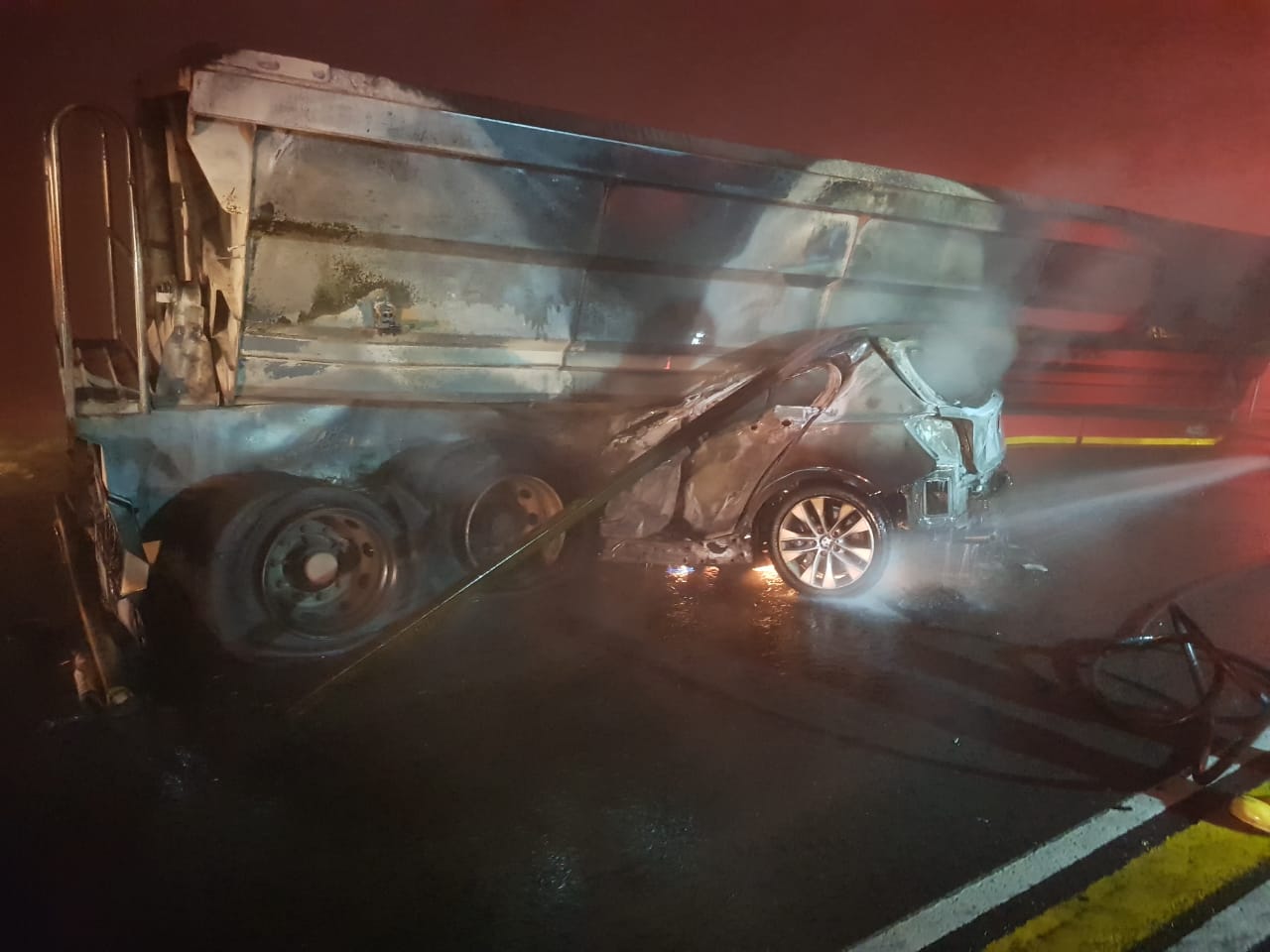 One person sustained fatal injuries following a collision between a truck and a vehicle on the N17 in Springs last night.

When ER24 paramedics arrived at the scene shortly before 23H00, they found a vehicle well alight partially wedged underneath a truck.

Unfortunately, the driver of the vehicle sustained fatal injuries and was declared dead at the scene. The truck driver sustained no injuries.

The exact circumstances surrounding the incident were not known to our paramedics, but police were on the scene for further investigations.