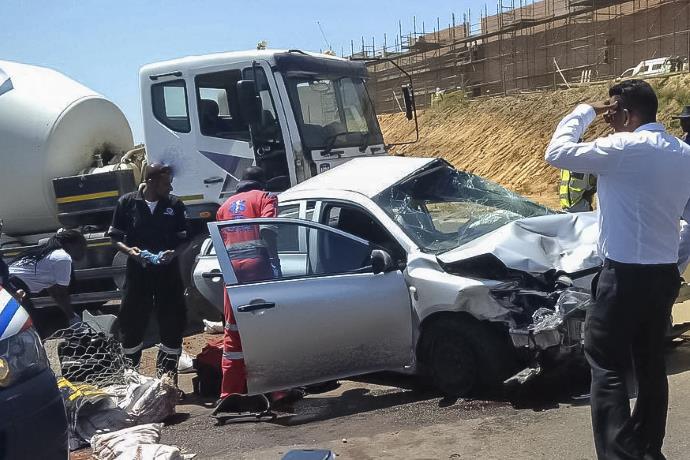 At around 14h00 on Wednesday afternoon, Netcare 911 paramedics responded to a collision along the M41 eastbound, near Flanders drive. Reports from the scene indicate that the Cement truck collided with the bakkie that was them pushed into the concrete barriers. Exact detail, however, will form part of the South African Police investigation.

Paramedics arrived at the scene and found that the passenger of the vehicle tragically died, he was declared dead by the Netcare 911 paramedic at the scene due to the extensive injuries that he sustained. The driver of the bakkie sustained moderate injuries while the truck driver escaped uninjured.

The patient was treated at the scene before medics transported him to a local hospital for the care that he required. The roadway will be closed for some time to allow the police to investigate the crash scene.