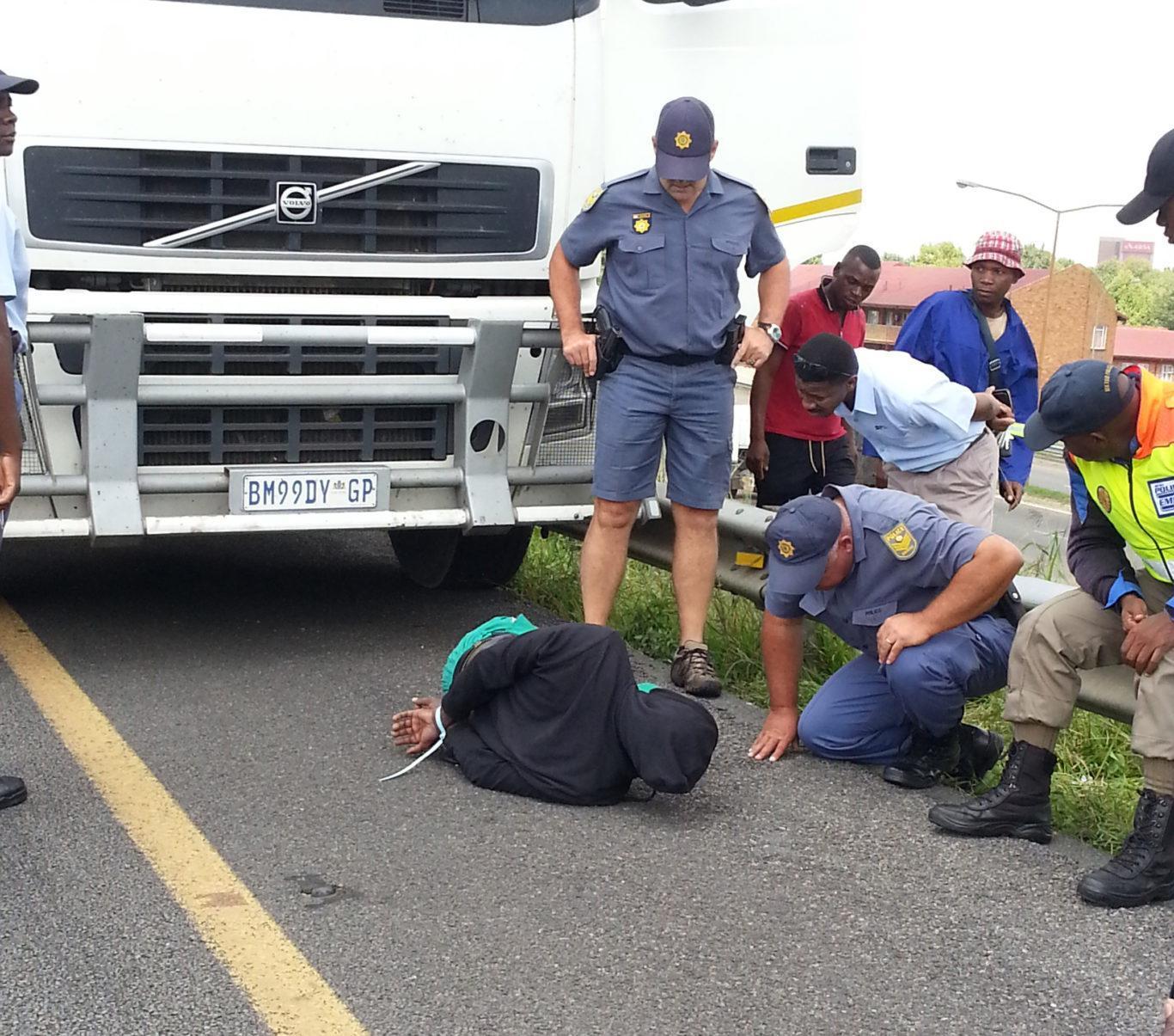 JOHANNESBURG -: Quick action by alert members of the National Traffic Police thwarted the hijacking and robbery of a truck loaded with R21 million of goods in Tshwane.

The traffic officers were on duty conducting overload control on the N1, R21, and N4 freeways on Monday when they spotted a white truck suspected of being overloaded.

The officers stopped the truck that was traveling on the N1 and instructed the driver to proceed to the Donkerhoek weighbridge. However, the driver reacted by jumping off the truck, running over the highway, and entering an unknown red vehicle that sped off.

On further investigation, the officers discovered a signal jammer inside the vehicle. The jammer had apparently been used to prevent the truck’s tracker from sending out a signal to indicate the location of the vehicle.

A meat distribution company ascertained that the vehicle belonged to them and that their driver had been hijacked on the N14 between Krugersdorp and Pretoria. It was also established that a tracking company had called the meat distributor to report that they could not pick up a signal from their truck.

The vehicle was handed over to the police together with its load. Police have launched an investigation.