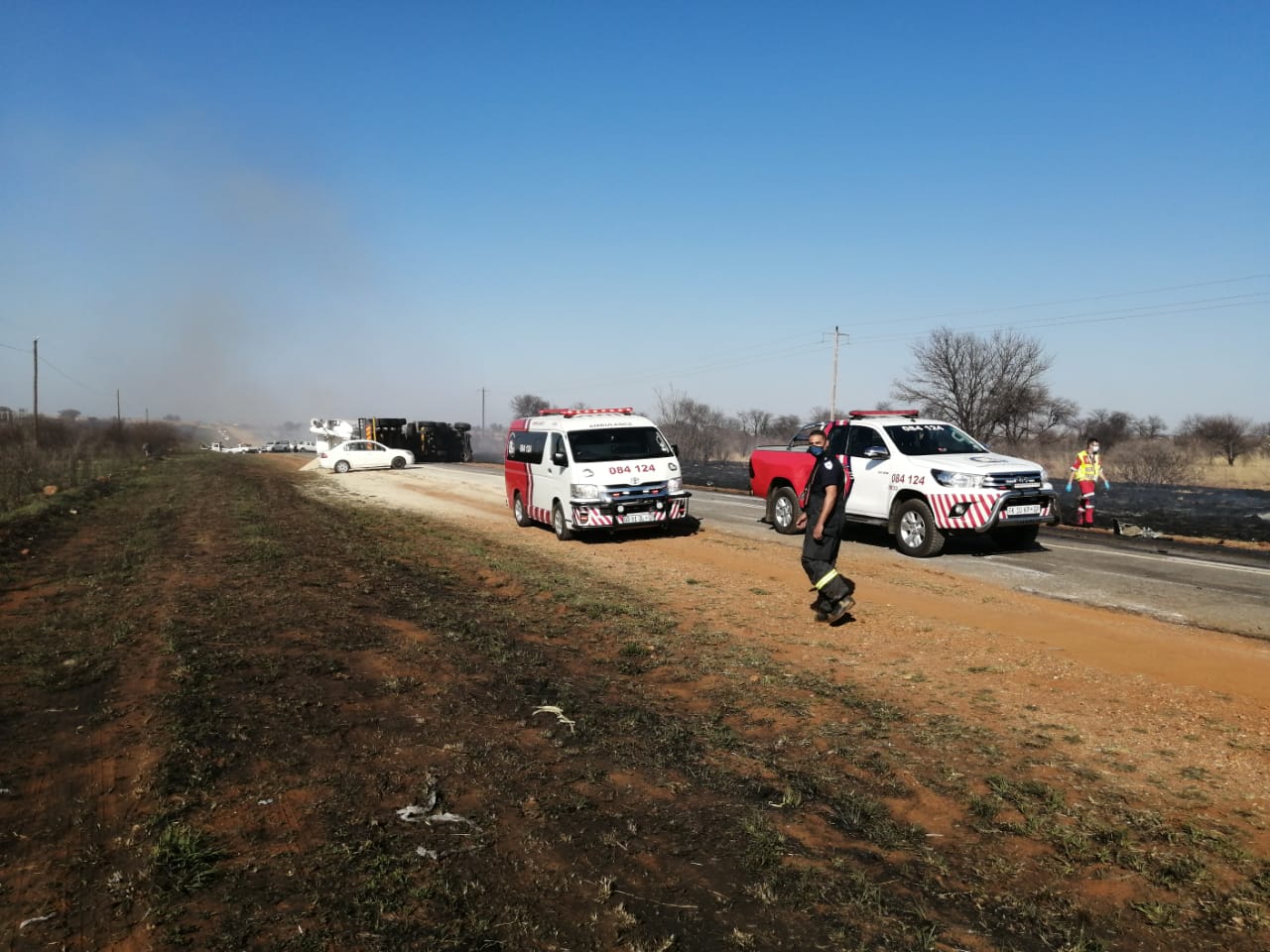 A man was killed this morning when a truck and car collided on the R501 in Carletonville.

ER24 paramedics arrived on the scene to find the truck lying on its side across the road. A light motor vehicle was found on its roof in the veld.

Local farmers and local fire services were able to extinguish a veld fire that had started, caused by the light motor vehicle.

On closer inspection, medics found a man in his 30s lying trapped inside the light motor vehicle. Unfortunately, the man had already succumbed to his injuries. Nothing more could be done, and he was declared dead.