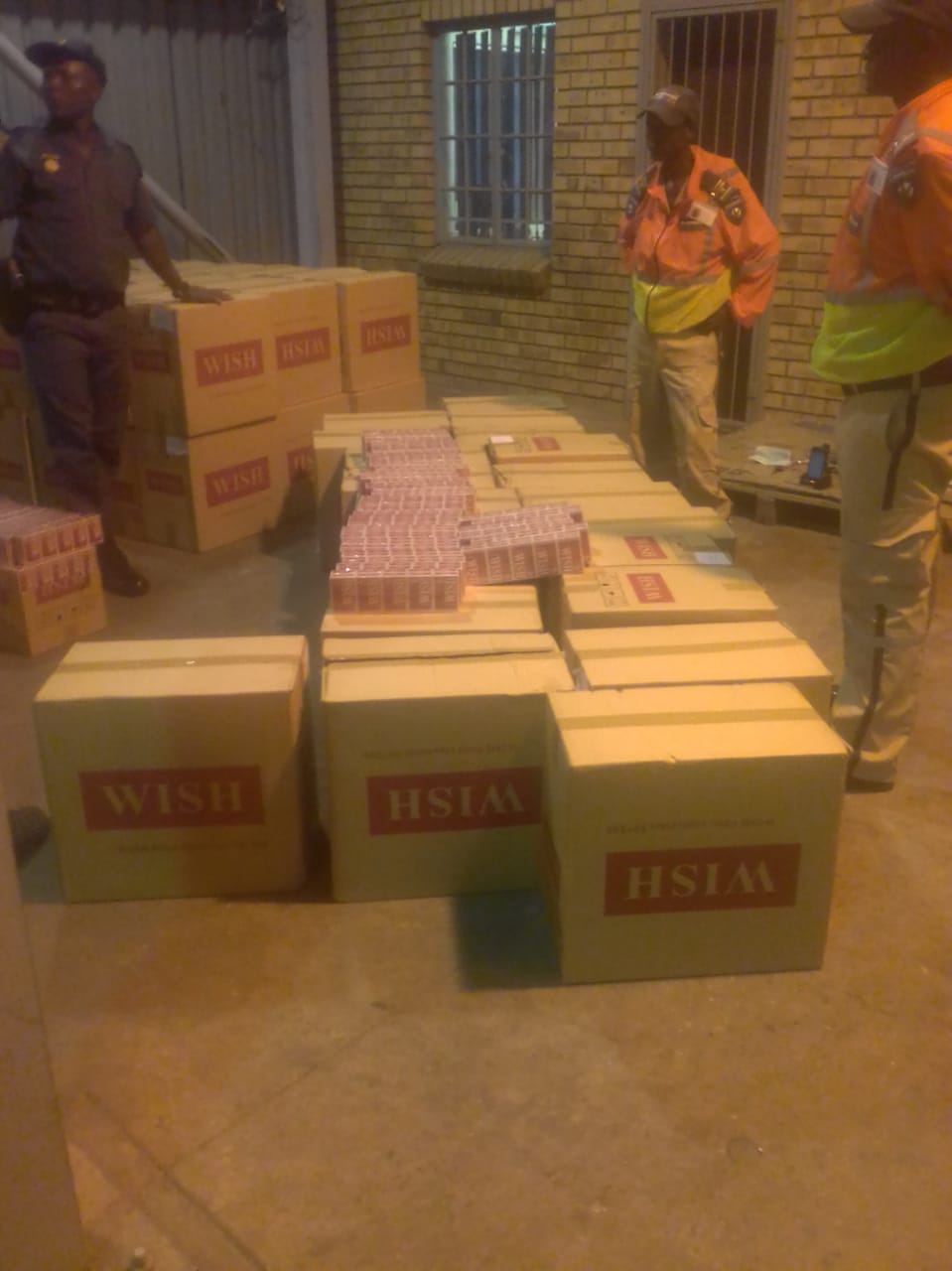 In an endeavour to curb illicit economy, police at Kopfontein Port of Entry apprehended a 31-year-old suspect on Friday, 20 March 2020 at approximately 20:30 for smuggling with counterfeit cigarettes in contravention of the Customs and Excise Act, 1964 (Act No. 91 of 1964) .

It is alleged that the police were conducting inspection at the Port of Entry when they stopped an Isuzu bake of a courier company for a search. During the search, they discovered 75 master boxes of cigarettes with an estimated value of R1.25 million. The driver was arrested and charged for contravening Section (180) and Section 15(1)(a) of the Customs and Excise Act, 1964. The suspect is expected to appear in the Lehurutshe Magistrates’ Court on Monday, 23 March 2020.

The Acting Provincial Commissioner of North West, Major General Ryno Naidoo, welcomed the success and commended the police for their vigilance. He said that the arrest and seizure will certainly send a clear message that trans-national crimes will not be tolerated and that alleged perpetrators will not be spared.