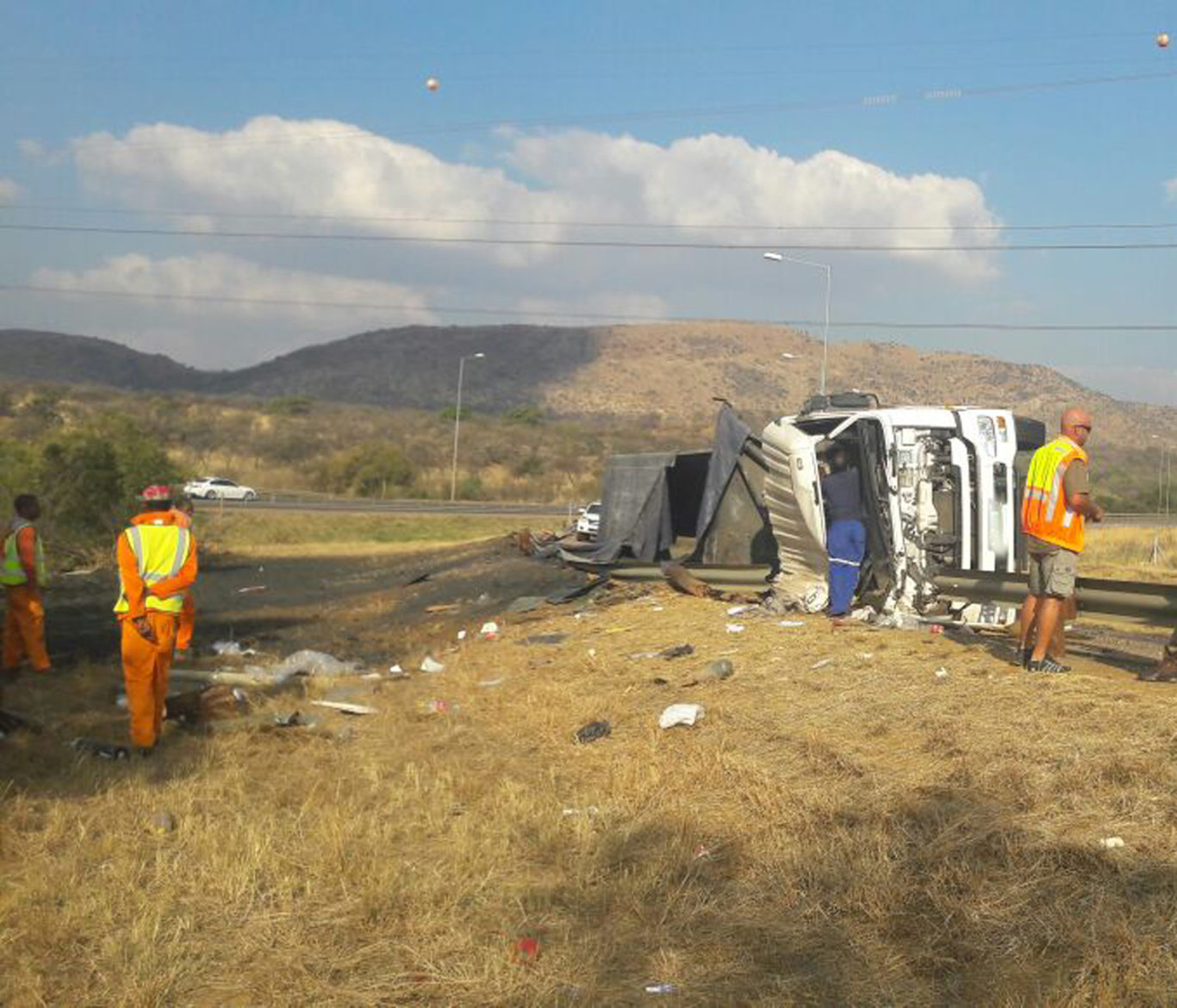 The jaws of life had to be used to remove a truck driver from the vehicle after it had overturned on the N4 Kloof offramp, Rustenburg, earlier today.

ER24 paramedics arrived on scene and found the truck that had overturned lying on its side.

The truck driver, believed to be about 50 years of age, was trapped in the vehicle. Fire and Rescue was on scene to extricate the man from the vehicle.

Upon assessment of the patient it was found that he sustained moderate injuries. He treated and transported to hospital for further medical care.