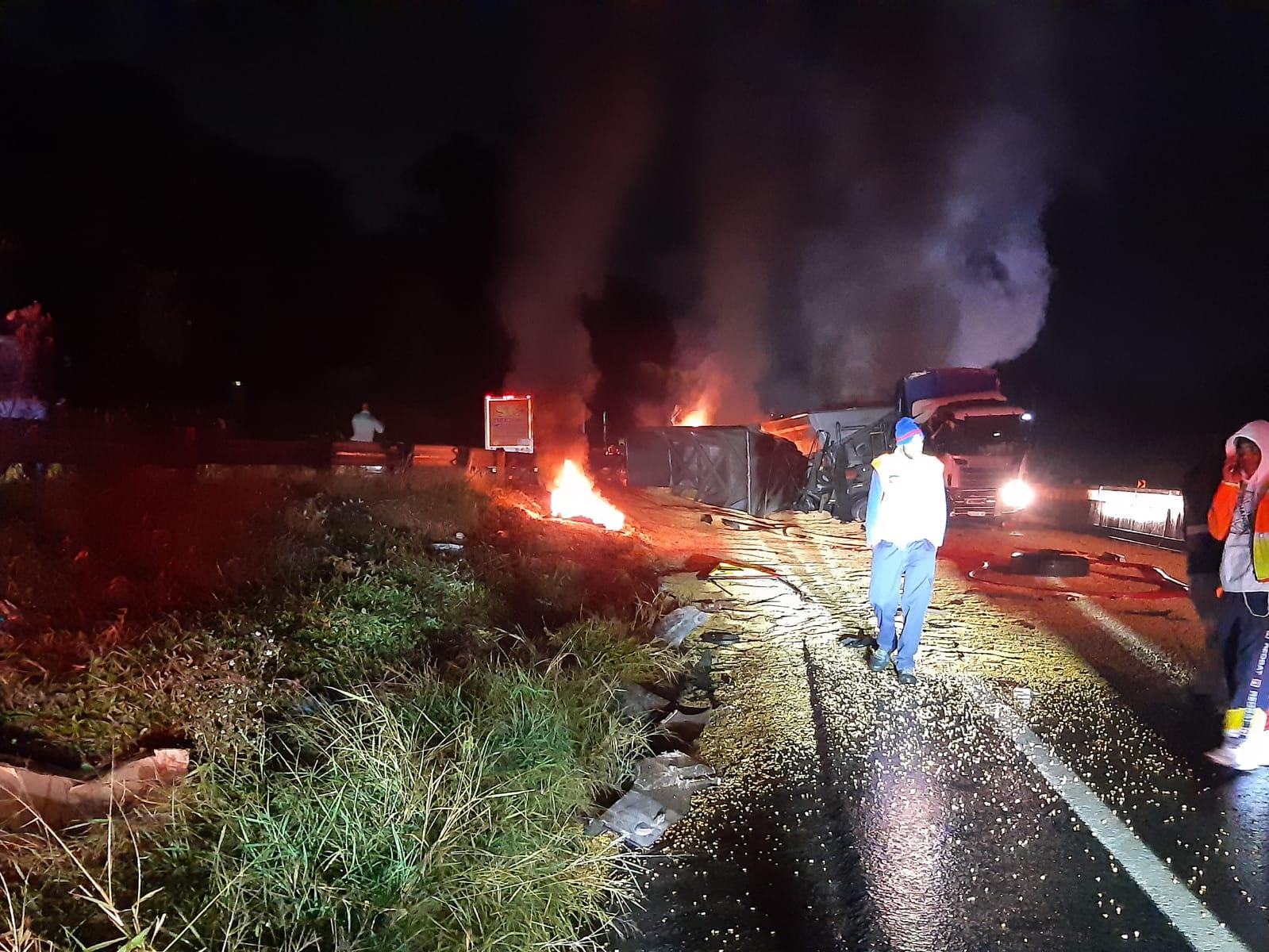 KwaZulu-Natal: At 18H54 Sunday night, Netcare 911 responded to a collision on the N3 near the Peter Brown offramp in Pietermaritzburg.

Reports indicate that two trucks and a car were involved in a collision resulting in a fire.

It was alleged by other motorists who witnessed the incident, that the truck that slammed into the other truck and car was already alight before the collision.

Medics assessed the scene and found that one person, an adult male had sustained serious injuries andnwas treated on scene before being transported by private ambulance to hospital for further care.