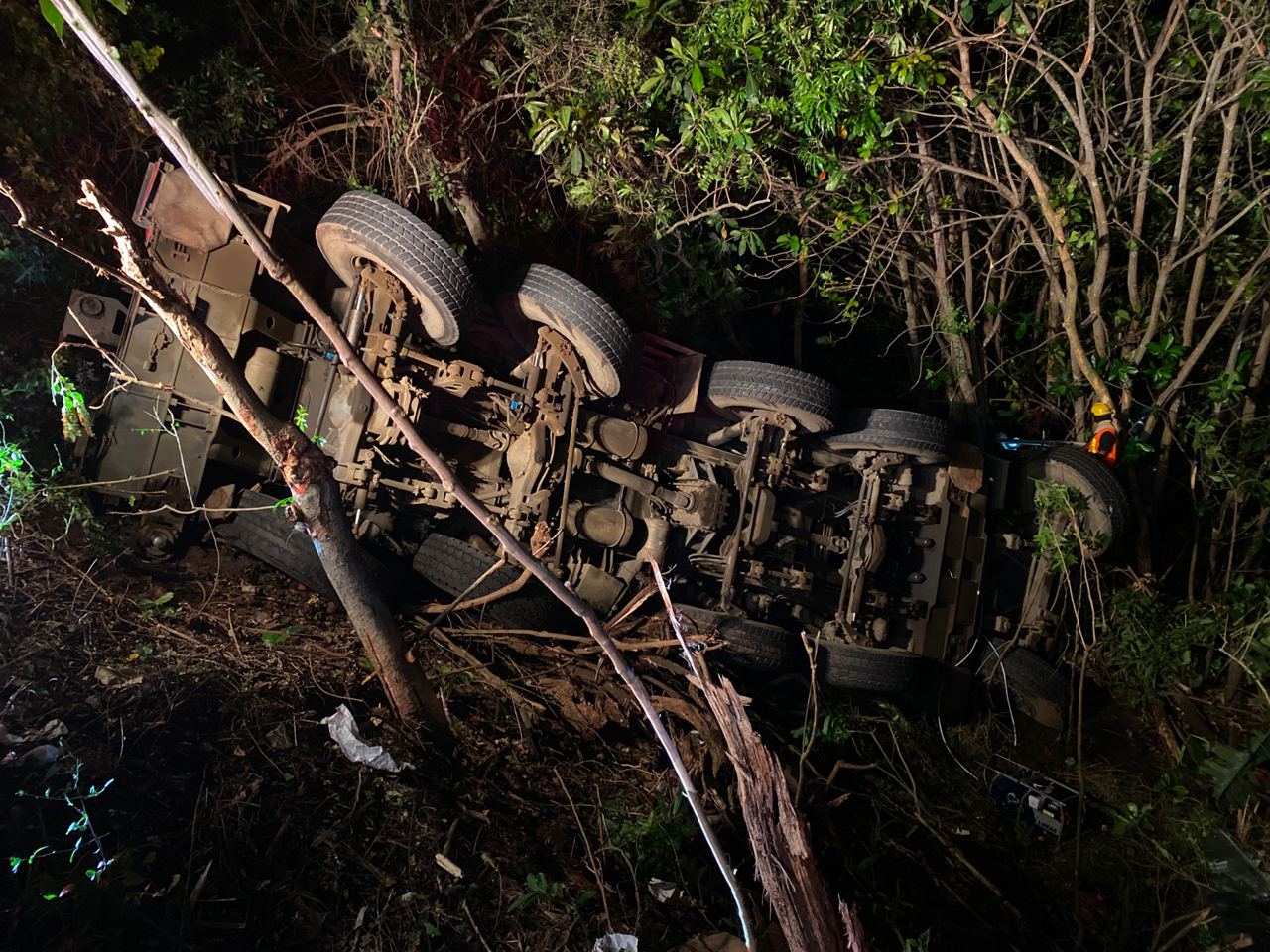 KwaZulu-Natal: At 20H23 Thursday night Netcare 911 responded to reports of a collision on the M4 in La Mercy North of Durban.

Reports from the scene indicate that the driver of a heavy motor vehicle lost control resulting in the truck rolling down an embankment.

When medics arrived on the scene they found a driver an adult male who was also the only occupant; entrapped in the cab under the trailer.

Standard hydraulic rescue tools were used to remove sharp metal around the driver however more advanced heavy-duty hydraulic equipment was needed to free the man who had been entrapped for over an hour.

Once the Ethekwini Fire and Rescue Services and a Netcare 911 Rescue Technician managed to free the driver a rope rescue system was used with a specialised stretcher to haul the patient up a steep embankment back to the roadside.

Once stabilised the critically injured patient was airlifted by an awaiting Netcare 911 helicopter ambulance to a specialist facility.

Circumstances leading up to the incident will be investigated by the relevant authorities.