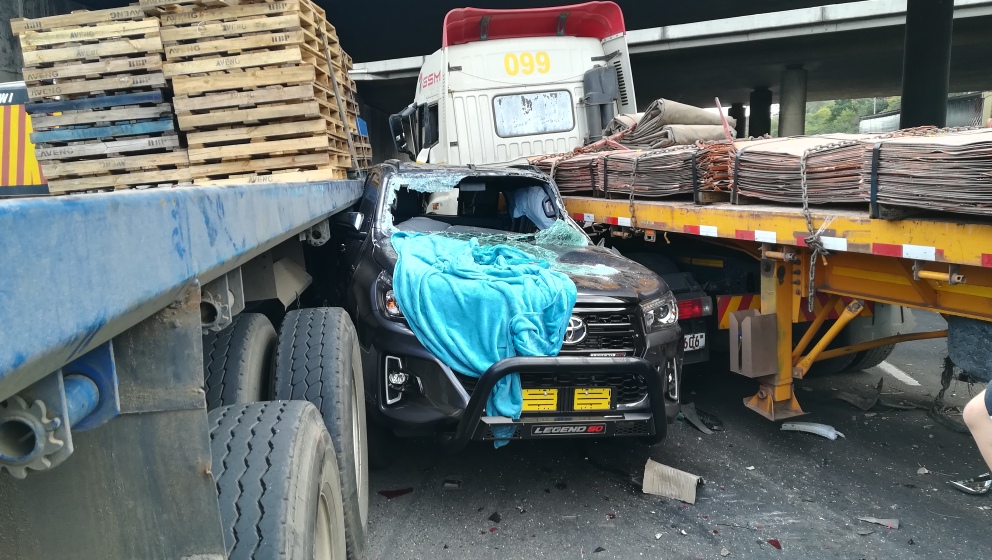 KwaZulu-Natal: At 12H38 Wednesday afternoon Netcare 911 responded to reports of a collision on the M7 under the N2 bridge Durban South region.

Reports from the scene indicate that two trucks a car and SUV were involved in a collision.

Medics assessed the scene and found four patients who had sustained moderate injuries.

The patients were treated on the scene and once stabilised were transported by private ambulance to the hospital for further treatment.