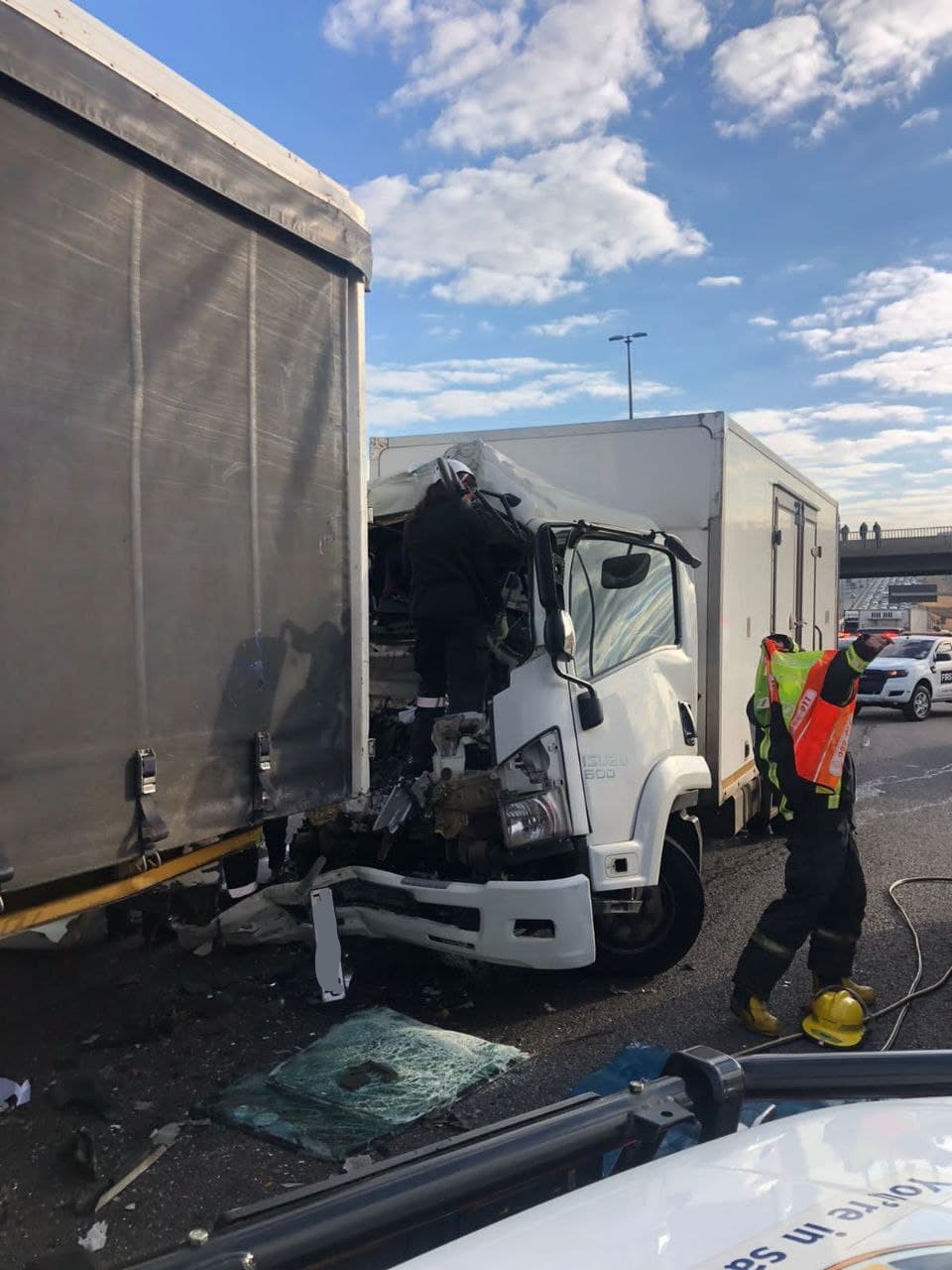 Gauteng: At 08H02 Wednesday morning Netcare 911 responded to a collision on the N1 under the Olifantsfontein on-ramp bridge in Noordwyk.

Reports indicate that three trucks were involved in a collision.

Medics assessed the scene and found that the driver of the third truck had sustained serious injuries and required advanced life support to stabilise him.

Three other patients had sustained moderate patients and were treated on scene before being transported to hospital for further care.